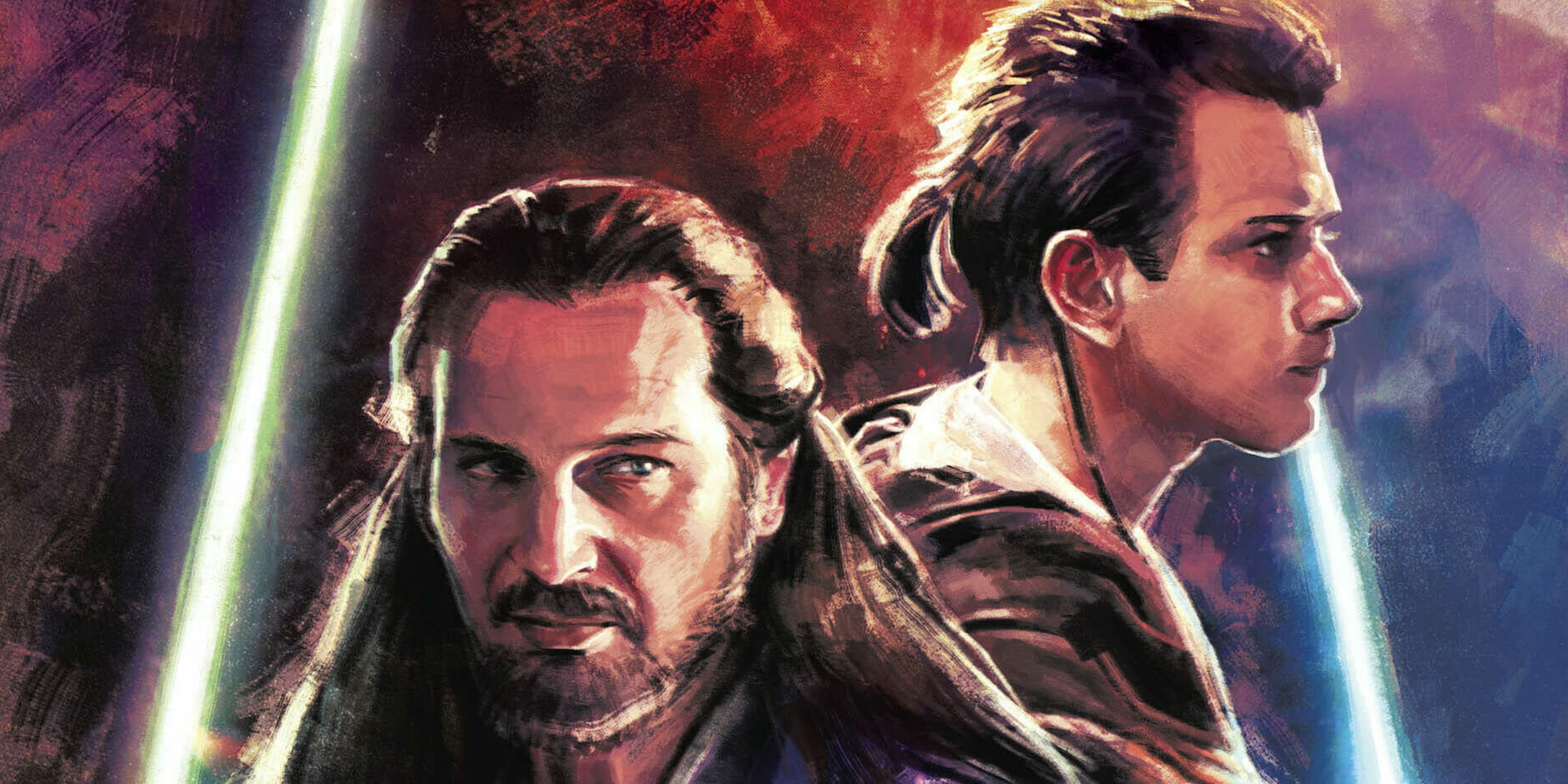 It's a struggle of galactic politics—and the failures of the Jedi.

Taking place seven years before ‘The Phantom Menace,’ ‘Master & Apprentice’ highlights the failings of the Jedi Order, as Obi-Wan Kenobi and Qui-Gon Jinn tackle a political dispute that could mark the end of their partnership.

While The Phantom Menace isn’t exactly acclaimed, it introduced some beloved characters, and now holds nostalgia value for a generation of Star Wars fans. Its 20th anniversary sees the release of two new spinoff novels—the first being Queen’s Shadow, starring Padmé Amidala. Master & Apprentice provides some new backstory for Qui-Gon and Obi-Wan, while also acting as an unofficial sequel to the popular (but no longer canonical) Jedi Apprentice books, which some fans will remember from the early 2000s.

Taking place on the planet Pijal, Master & Apprentice fleshes out some key themes from The Phantom Menace: slavery, corporate disputes, and the Jedi Order’s role in galactic politics. It even features a teenage monarch, as Qui-Gon and Obi-Wan travel to Pijal to oversee the coronation of the young princess Fanry. They must navigate a complicated power struggle between an ancient monarchy, the slave-owning Czerka Corporation, and a squad of terrorist performance artists (yes, really), all while dealing with their own personal conflicts. Because while a Jedi master and padawan should stay together until the padawan becomes a knight, Qui-Gon was recently offered a place on the Jedi Council. And if he accepts that offer, then Obi-Wan will need to find a new master.

We obviously know that Qui-Gon and Obi-Wan will stay together in the long run, but as with any prequel, the question is why things turn out the way they do. Master & Apprentice is an easy read for both adults and kids, and while it’s an entertaining thriller with plenty of geeky detail, the most interesting focus is on Jedi culture. The Phantom Menace opened our eyes to how the Jedi behaved at the height of the Republic, revealing that they were often more like diplomats or investigators than the supernatural warriors Luke Skywalker imagined 30 years later.

Cloistered away on the ruling planet of Coruscant, the Jedi Council remains distant from the lives of everyday citizens. It’s easy to see how they set the stage for Palpatine’s takeover. The galactic government is already unwieldy, and even in the face of atrocities like slavery, the Jedi are expected to act as neutral peacekeepers. That’s a tremendous pressure to put on any master/apprentice team, never mind a partnership that may soon be dissolved.

There was always friction between Qui-Gon and Obi-Wan, and this mission proves to be the tipping point. At 17, Obi-Wan is old enough to have some independence, but still young enough feel insecure. It doesn’t help that he and his master are very different people. Obi-Wan is a by-the-book conservative, while Qui-Gon is a maverick—a willful eccentric who likes to bend the rules and ignore the advice of the Council. They both yearn for acceptance from each other, but they’re constantly tripped up by their clashing personalities and inability to communicate. It’s a close-up example of the fallibility of the Jedi, running alongside the story of an even more atypical Jedi knight, Rael Averross, who has been stationed on Pijal for the past eight years.

Of the two new Phantom Menace novels, Queen’s Shadow is perhaps the most necessary. It digs into a popular female character who didn’t always get a decent role on-screen, while Master & Apprentice explores territory that we’ve kind of seen before. That isn’t to say it’s redundant, though. It’s an entertaining (and slightly more mature) read for fans of these characters, and fits the tone and political themes of the prequels.

While the original trilogy inspires high-octane adventures, The Phantom Menace was all about big-picture storytelling. It depicted the Republic as a slow-moving behemoth of bureaucracy and corruption, with the Jedi trapped in a tangle of religious traditions, legal restrictions, and internal debates about their duty to the galaxy. Stories like Master & Apprentice allow a closer, more focused look at ideas that weren’t always obvious when watching the prequels, along with some more background for Obi-Wan’s later role in the franchise.