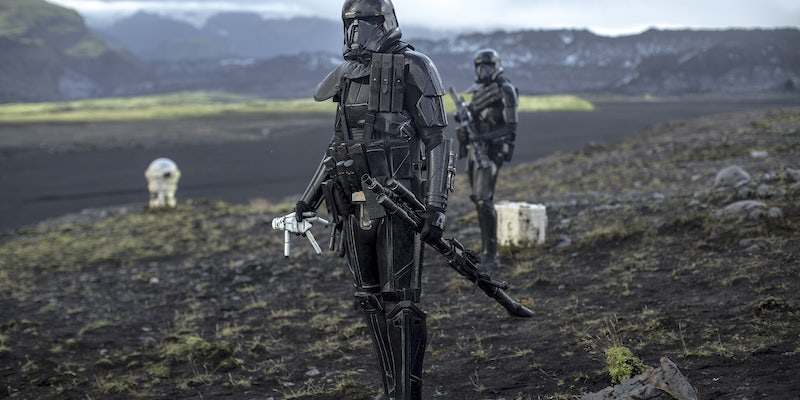 Photo via Rogue One

How ‘Rogue One’ deals with the absence of the Force

There are many subtle details that illustrate how the Force is absent from the world of 'Rogue One.'

This article includes no major spoilers for Rogue One.

Rogue One is the first Star Wars movie without any Jedi characters, an absence that makes itself known in the lack of lightsaber battles and flashy telekinesis.

But the lack of Jedi isn’t just a casting choice—it also plays into an intrinsic part of the film’s worldbuilding. Rogue One is a story about everyday people instead of superpowered heroes, and for the most part, the Force just… isn’t there.

The Force is a constant presence throughout the Star Wars saga, both when it’s being used onscreen, and on a subtextual level. When characters are brought together by freak circumstances, we can interpret that as the will of the Force. When battles are won against insurmountable odds, it’s the will of the Force. It’s even there in the visual contrasts between the Empire and the good guys, with the Imperial fleet and uniforms looking monochromatic and sterile (representing the cold and loveless nature of the dark side) while the rebels and Jedi wear organic colors and soft fabrics, and are more likely to live in natural environments. During the prequel trilogy, the Jedi Order were portrayed as bureaucratic and disconnected with the Living Force—the energy associated with nature and living things. This was symbolized by the location of the Jedi Temple on the heavily urbanized planet Coruscant, contrasting with Yoda’s later home in the swamps of Dagoba, a planet teeming with life. Meanwhile, Anakin’s greatest turning point took place on a volcanic planet where the fire and lava represented the furious power of the dark side.

The franchise is full of these small opportunities for the Force to play a role in the story, from the Ben Kenobi sensing the death of Alderaan, to Rey flourishing after she leaves Jakku and finds a new family with Finn and the Resistance on the lush green planet of D’Qar. 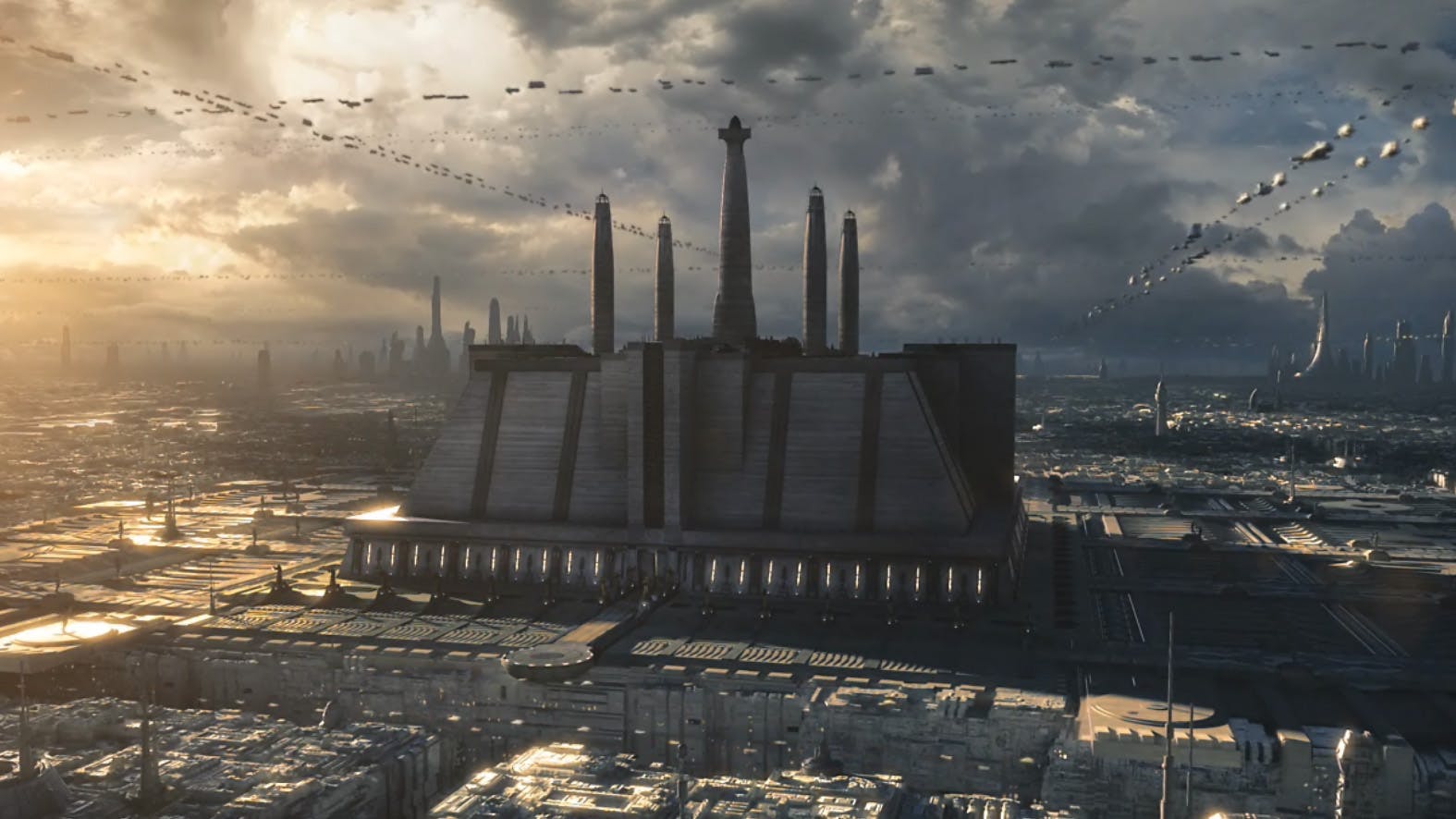 The Jedi Temple on Coruscant/StarWars.com

Rogue One goes a different route. The Force is mentioned frequently by Chirrut Imwe, one of the protectors of an old Jedi pilgrimage spot on Jedha, but his Force-sensitivity is more closely associated with spiritual belief than the tangible power of the Jedi. Otherwise, the role of the Force is more subdued than in any of the other films.

Most of the storytelling choices in Rogue One are either neutral to the Force, or use imagery linked with the dark side. The main characters wear dark, grubby clothes and often look exhausted. The action sequences feel more like a war movie than the choreographed duels of main franchise, and the overall emotional arc is a struggle to find hope in a time of pessimism and oppression.

Once again, the location choices are important. The bulk of Rogue One‘s action takes place on three planets: the desert moon of Jedha, whose ancient Jedi ruins are now under Empire control; Eadu, a forbidding, stormy world in the Outer Rim; and Scarif, where an important Imperial facility was built on a tropical beach. Scarif, with its palm trees and blue ocean, is perhaps the most visually welcoming of the three, but the film never attempts the multi-sensory immersion of Endor or Dagoba, where the characters felt connected to the world around them. Everything else takes place in dingy urban areas, underground rebel strongholds, or the glossy sterility of the Imperial fleet.

Rogue One fits neatly into the period before Luke and Leia became major figures in the Rebellion, bringing new meaning to the title A New Hope. As the only Star Wars film to focus on footsoldiers instead of the royal dynasty of the Skywalkers, it feels appropriate that Rogue One‘s heroes are operating without the safety net of the Force.