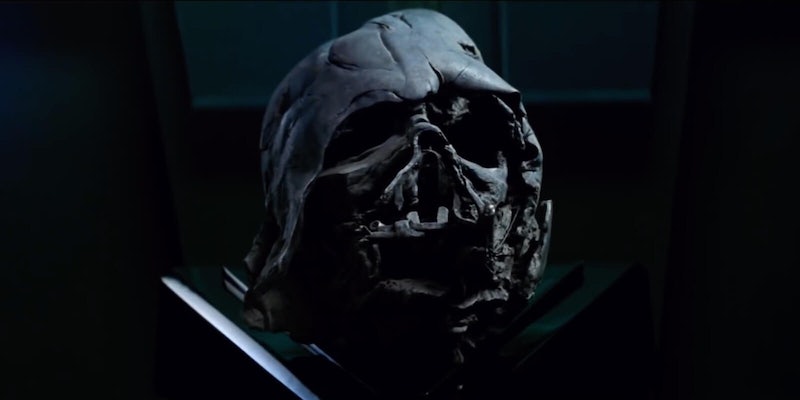 How to watch the ‘Star Wars’ films in chronological order

With all the hype surrounding the upcoming Star Wars: Rise of Skywalker, it’s as good a time as any for a rewatch of all the intergalactic action in the Star Wars films to date.

The Star Wars franchise has evolved into a beast, between a dozen theatrical releases and several television series—not to mention the books, comics, and video games—there’s more than enough content out there to keep a binge-watchers entertained. But at the same time, it can also be overwhelming.

All the Star Wars films, in chronological order

There are a few different ways of going about tackling the Star Wars franchise. First off, there’s the classic “Release Order” method, which involves watching the original trilogy, prequel trilogy, and sequel trilogy in the order in which they were released. Or, there’s the fan-created “Machete Order,” which involves watching the first five out of six Star Wars releases in the order of Episode IV, Episode V, Episode II, Episode III, and Episode VI–while eliminating Episode I all together, on grounds that it is bad and irrelevant.

And while these methods are both perfectly acceptable, many fans would prefer to experience the epic story chronologically in the “Episode Order” (as intended by George Lucas), starting with Episode I through the most recent release, Episode VIII.

But when you factor in the addition of several standalone films, it can be confusing for the casual fan to know where to begin, so we thought we’d put together a handy guide on how to watch all of the Star Wars films in chronological order online.

The Phantom Menace takes place 32 years before A New Hope, following Jedi Knight Qui-Gon Jinn (Liam Neeson) and his apprentice Obi-Wan Kenobi (Ewan McGregor) in their quest to protect the Queen of Naboo. Eventually, Obi-Wan is promoted to the rank of Jedi Knight by Yoda, who reluctantly accepts the nine-year-old slave boy Anakin Skywalker as Obi-Wan’s apprentice–and we all know how that shakes out.

The first installment in the prequel trilogy was met with mixed reviews at release, and continues to receive the ire of fans a full 20 years later. Although The Phantom Menace boasted an excellent, all-star cast and stunning visuals for the time, critics argued that it lacked the emotional depth of the first trilogy. An abundance of exposition and shlocky characters (such as the universally reviled Jar-Jar Binks) did little to help the film’s case.

Star Wars: Attack of the Clones put more of an emphasis on the action than The Phantom Menace, which was a good thing considering that the thrilling fight and breathtaking airborne sequences helped carry the uninspiring lead romance of the film.

Critics complained of a lackluster connection between Anakin and Padmé, which dragged down a film that placed them at the center of the plot. Delightful visuals and the evolution of a new galactic threat only partly succeeded to help raise this film above a dull, core romance.

Arguably the most maligned installment of the Star Wars films, some fans don’t even consider the 2008 animated Star Wars: The Clone Wars as part of the greater franchise. With a staggeringly low 18% rating on Rotten Tomatoes, most critics place the blame on the film’s blocky animation and underwhelming script.

Situated between Episode II and Episode III in the prequel trilogy, Clone Wars attempted to give the adult Skywalker a deeper character depth during his rise to prominence and subsequent turn to the dark side. Unfortunately, those efforts were largely unsuccessful, if fans have had anything to say about it.

The final prequel film served to conclude Anakin Skywalker’s story, and establish the launching point for the original trilogy. Revenge of the Sith is praised for its thrilling action sequences and touching emotional arcs, though a general unevenness in storytelling earns it criticism. It remains one of the highest-grossing Star Wars films ever. Excellent battle scenes and tangible—if occasionally excessive—emotion serve to make the prequel trilogy’s conclusion a fitting addition to the Star Wars family.

Of all the iconic characters in the Star Wars films, Han Solo seemed like a questionable choice for a prequel for Solo: A Star Wars Story. Despite the fact that he’s one of the most popular leading men of the franchise, Han Solo’s real evolution as a character doesn’t really begin until he meets Luke Skywalker in the events that transpire in A New Hope. Or, as Star Wars creator George Lucas said in 1997–over 20 years before Solo came out–the character is “a cynical loner who realizes the importance of being part of a group and helping for the common good.”

The sweeping mysticism of the Jedi and creeping tendrils of Empire backstory are irrelevant in Solo, which was intended as little more than an action blockbuster at its core. As a result, Solo feels unnecessary, despite a strong performance from relative newcomer Alden Ehrenreich.

As fans have come to expect with the Star Wars films, the production design in Rogue One: A Star Wars Story –the prequel that takes just before the events in A New Hope–is stunning.

The tropical base on Scarif is like nothing we’ve seen before, and its sprawling battle scene feels tense and immediate. David Crossman’s costume design fits into the Star Wars universe while distinguishing Rogue One’s place in the beaten-down Dark Ages of the war, with the lead characters dressed in the tough, unwashed garb of guerrilla fighters.

Jyn and Cassian look effortlessly badass in their scrubby jackets and layers of grimy shirts, while Baze Malbus and the aging extremist Saw Gerrera contribute sci-fi style with their dented body armor and bulky weapons. As ever, the franchise’s visual worldbuilding is second to none.

The very first installment in the franchise, Star Wars: A New Hope, is also one of the most popular. The film, which features Luke Skywalker’s first step toward becoming the hero of the Rebel Alliance, was a groundbreaking cinematic step in science fiction when it was released in 1977–and has inspired a passionate fan base that’s stronger than ever, if upcoming releases are any indication.

The film centers around Skywalker and his companions Obi-Wan Kenobi and Han Solo on their quest to rescue the captured Princess Leia from the clutches of the Empire. As with the subsequent Star Wars films, A New Hope features a thrilling and heartfelt epic tale driven by a cast as passionate as it was talented.

Star Wars: The Empire Strikes Back is, unquestionably, the most popular film in the franchise to this day. Heightened emotions, paired with thrilling visuals and a gripping story place this Star Wars installment at the top of most fan lists.

In the years since its release, Empire has gone on to be considered one of the greatest and most critically acclaimed films of all time. It follows Luke Skywalker on his continued journey toward becoming a Jedi Knight as an ongoing war tears apart the galaxy around him. Romance blossoms, battles intensify, and the characters grow and change over the course of this epic space-opera.

The final piece of the original trilogy, Return of the Jedi dove into darker themes than its predecessors. The film’s cinematic quality, action sequences, and improved audio sound were lauded by critics at the time.

Although some aspects of the story have gone on to plague Return of the Jedi (such at the primitive Ewoks defeating an armed ground force of the Empire’s so-called best troops) the conclusion of Luke, Leia and Han’s story is still one of the strongest Star Wars films to date, and considered a worthy and entertaining conclusion to the epic trilogy that started it all.

The first film in the most recent trilogy, Star Wars: The Force Awakens, was generally a hit among fans and critics alike, thanks to gripping action sequences and both new and returning memorable characters.

Set 30 years after the original trilogy, The Force Awakens follows Rey, an orphaned scavenger living on the planet Jakku who has mysterious ties to the Jedi. Meanwhile, the fallen Galactic Empire has since birthed the First Order, providing an insidious new threat to the New Republic.

Star Wars: The Last Jedi does not disappoint as a sequel to The Force Awakens, with powerful emotional arcs for each of the main characters. Controversial due to its unexpected creative choices and quirky sense of humor, it’s one of the strongest films in the franchise. Let’s just say you won’t look at Luke Skywalker the same way again.

The upcoming addition to the Star Wars franchise hasn’t even hit theaters yet, but fans already can’t wait to see how the current trilogy will end. A recent trailer for Star Wars: Rise of Skywalker teases the usual Star Wars fare such as gripping action, breathtaking visuals and expansive, epic stories.

Rey, who of course is the hero of this trilogy, is set to make her final stand with the Resistance against the looming evil of the First Order when the film hits theaters on December 20, 2019