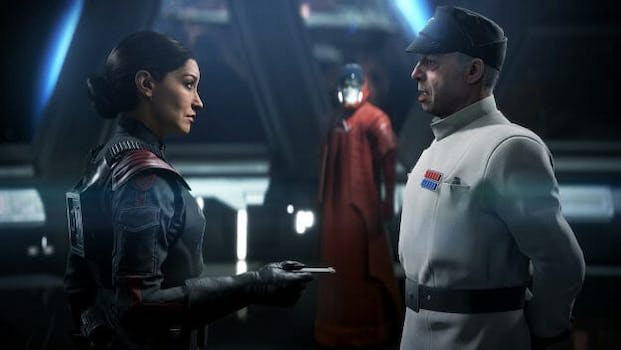 How Star Wars Battlefront 2 fits into the Expanded Universe

The latest Star Wars game ties into several books and comics, and may just reveal some secrets from 'The Last Jedi.'

When EA’s first Star Wars Battlefront launched in 2015, one thing stood out like a sore thumb. The game was missing a compelling story mode. Fans of the Battlefront series cherished the campaigns that spanned several Star Wars battles, taking them to new world filled with thrilling combat encounters. That criticism was taken to heart, and Battlefront 2 delivers a story that opens up new chapters of the time between Return of the Jedi and The Force Awakens.

Players aren’t going to be mowing down Stormtroopers when they fire up Battlefront 2. Instead, they will be playing as them. A highly trained special forces unit known as Inferno Squad are the stars of this first-person shooter. Their backstory was told in a novel released earlier this year that introduced Commander Iden Versio, Del Meeko, and Gideon Hask.

Iden’s father, Admiral Garrick Versio serves as the group’s commanding officer and plays a major role in the story as well. This elite squad of soldiers calls back to games like Republic Commando, although players are controlling the bad guys in Battlefront 2. Watching the Battle of Endor from the Imperial perspective should entice any Star Wars fan, but what comes next is even more exciting.

First introduced in the Shattered Empire comic, this contingency plan was one of Emperor Palpatine’s ways of ensuring Imperial rule in the event of his death. Recordings were sent out to high-ranking officials through rather creepy messenger droids across the galaxy. The Emperor’s secret plan revolved around the destruction of several worlds.

Readers of Shattered Empire know that Princess Leia and Poe Dameron’s mother, Shara Bey, were present on Naboo to thwart the Imperial effort to glass the Emperor’s own home. In Battlefront 2, we witness the same process occurring on a planet called Vardos. This world is Iden Versio’s place of birth, where she was trained through to become a skilled warrior. This mission in the campaign gives players a first-hand look at Imperial occupation and the state of the empire immediately following the Battle of Endor.

The Battle of Jakku was a key part of this contingency, and it is seen from another perspective at the climax of the game. While most of the game’s action takes place above ground, we know from Aftermath: Empire’s End what the real purpose of this final showdown between the Rebels and Imperial forces was.

The Aftermath trilogy introduced Gallius Rax into the Star Wars universe, who is referenced multiple times in Battlefront 2. An orphan from Jakku, he was discovered by Palpatine at a young age and raised into a fervent loyalist. The Emperor tasked Rax with overseeing the Observatory near Jakku’s core. The Contingency revolved around the destruction of both the Republic and the Empire. This observatory was to be used as a means for detonating the entire planet and wiping out both fleets once and for all.

Rax was stopped by Grand Admiral Rae Sloane, who would go on to be a founding member of the First Order. And while much of the Jakku observatory’s true purpose remains shrouded in mystery, it was not the only such location. When we catch up with Luke Skywalker in Battlefront 2, he is investigating the remains of Palpatine’s hideouts.

Another vault of Sith artifacts is tucked away on the exotic planet Pillio. Del Meeko is tasked with destroying the Observatory there, but finds himself trapped in a cave. None other than Luke Skywalker comes to his aid, and the pair work together to enter the mysterious cavern. The doors only move when Luke uses the force, though there isn’t much to be found inside.

Luke parts with only one object, a compass, before telling Meeko he can destroy the rest. While it is only seen briefly, a carving on the front bears striking resemblance to the map used to find Ach-To at the end of The Force Awakens. This event takes place well before Luke started training a new Jedi order, and years before Ben Solo was born. However, it seems to hint that the location of the first Jedi temple was something Luke had been interested in for a very long time.

Heroes of the Rebellion 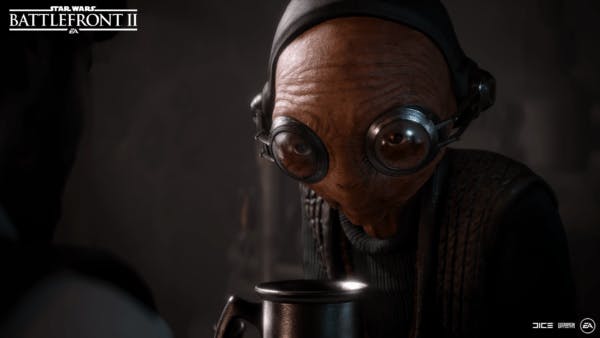 The future Jedi master isn’t the only familiar face in Battlefront 2 though. In a number of brief interludes, we learn more about Han, Leia, and Lando’s lives after Return of the Jedi. We learn more about Leia’s time on Naboo, and get to see more fallout from Operation Cinder. Han, who sports a beard this time around, meets with Maz Kanata to try and free the Wookies of Kashyyk. And Lando continues to serve as a General in the Rebellion long after the destruction of the second Death Star.

Battlefront 2′s conclusion once again demonstrates how crucial the Battle of Jakku was to the larger Star Wars story. Several important characters were present, fighting for both sides. While the Emperor’s plans were thwarted, the desert planet clearly still has a purpose to serve in the grand scheme of things. This game’s closing moments clear up some hanging threads from The Force Awakens but also tease some major revelations to come in the future. For fans of the bigger Star Wars universe, Battlefront 2 brings many already-published stories together in an exciting, gorgeous fashion.

Star Wars Battlefront 2 is available now for PC, PS4, and Xbox One.