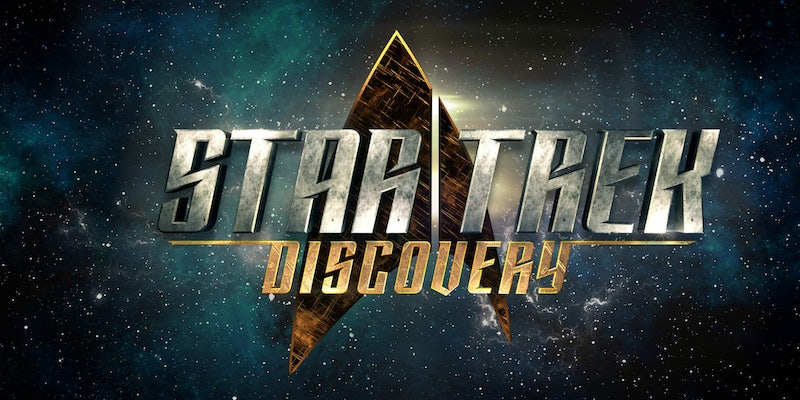 Showrunners Gretchen Berg and Aaron Harberts were allegedly abusive toward the writing team.

Berg and Harberts took over from original showrunner Bryan Fuller when he left during pre-production. They guided the show through season 1, with no further sign of upheaval until now. CBS gave a carefully worded non-explanation for the shakeup, confirming that Berg and Harberts were leaving and co-creator Alex Kurtzman would take the helm. He’s been with the show since the start and worked on the recent Star Trek reboot movies.

“We’ve made some producer changes at Star Trek: Discovery. The series continues under the creative vision and leadership of executive producer and co-creator Alex Kurtzman. Discovery remains on course for season two in 2019 with new and continuing stories that build on its successful premiere season.”

According to the Hollywood Reporter, the showrunners were fired for “operational issues” including abusive behavior. They’ve already filmed the first five episodes of season 2, including a premiere whose budget supposedly “ballooned.” THR cites anonymous sources within the show, claiming that Berg and Harberts “became increasingly abusive to the Discovery writing staff, with Harberts said to have leaned across the writers room table while shouting an expletive at a member of the show’s staff.” Several writers are said to have threatened to quit or report the showrunners to HR.

Neither CBS nor Berg and Harberts have commented on these allegations, but it’s rare for showrunners to leave midway through a season, especially without the classic explanation of “creative differences.” THR also revealed that co-executive producer Akiva Goldsman did not return for season 2 because his management style “clashed” with employees. Goldsman is a prolific writer/producer who has worked on franchises including Star Trek, Paranormal Activity, and the 1990s Batman movies.

If there’s a silver lining to this rather grim news, it’s that someone actually faced consequences for inappropriate workplace behavior. Over the past few months, we’ve heard numerous stories of toxic workplaces being allowed to fester in the film and TV industry. Figures like Jeffrey Tambor are still being rehired and defended by coworkers. So if the allegations regarding Berg and Harberts are true (and they haven’t been denied by CBS), then the network made the right decision to maintain a healthy work environment.

Production on season 2 is expected to go ahead as normal, with Kurtzman taking over after a “planned hiatus” between episodes five and six.