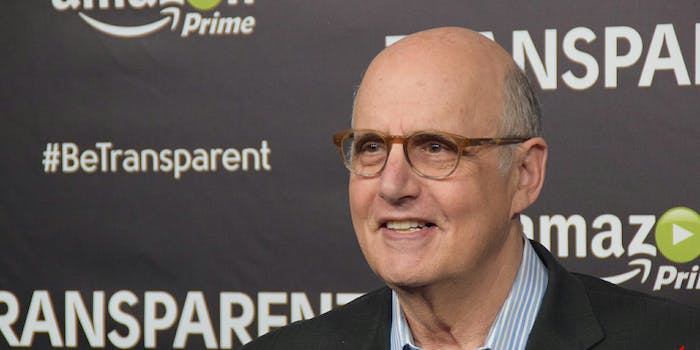 Despite harassment allegations, Jeffrey Tambor is returning to ‘Arrested Development’

Some fans are outraged.

For Jeffrey Tambor, there’s always money in the banana stand.

The 73-year-old actor, known as George Bluth Sr. to many, will return for the upcoming fifth season of Arrested Development, according to Variety, despite the ongoing harassment allegations against him.

A Netflix spokesperson confirmed the news on Friday, as the new season is set to return to the streaming platform in 2018.

Fans of the TV series were unsure if Tambor would return after he reportedly left his role on Amazon’s Transparent in February because of multiple misconduct allegations made against him by his former personal assistant, Van Barnes, and co-star Trace Lysette. Those charges led to an internal investigation by Amazon. Barnes accused the actor of groping her and making inappropriate comments, while Lysette alleged that the actor had “made many sexual advances and comments.”

“I am profoundly disappointed in Amazon’s handling of these false accusations against me,” Tambor told Deadline. “In our four-year history of working together on this incredible show, these accusations have NEVER been revealed or discussed directly with me or anyone at Amazon. Therefore, I can only surmise that the investigation against me was deeply flawed and biased toward the toxic politicized atmosphere that afflicted our set. As I have consistently stated, I deeply regret if any action of mine was ever misinterpreted by anyone and I will continue to vehemently defend myself.”

David Cross, who plays Tobias in Arrested Development, stood by Tambor in an interview with AM New York.

“I can’t speak for everybody, but I know there are a number of us who stand behind him,” he said. “From the limited amount we know, we stand behind Jeffrey—and I am one of them.”

Not all of the cast has been as convinced, however. Alia Shawkat voiced her support for the women who accuse Tambor in late April and said she found the news disappointing.

In light of the news, fans of the series expressed disappointment with the decision to bring back Tambor.

If Jeffrey Tambor is in Arrested Development I really don't think I'll be watching. Sad as that makes me, I believe those women and won't support him.

I know how to solve the Jeffrey Tambor problem in AD season 5 pic.twitter.com/Dnb4zx3TEx

@MitchHurwitz @RealRonHoward replace him. Jeffrey Tambor’s George Sr. isn’t even that characteristic, which cannot be said for any of the other characters on AD. If you can afford to lose anyone from the original cast, it’s Jeffrey Tambor. Replace. Him. Now.

God, if they could just throw Jeffrey Tambor in the trash then they could really have something with season 5

Me every time Jeffrey Tambor shows up in Arrested Development: pic.twitter.com/Rqn1Ec6xe4

Created by Mitchell Hurwitz, Arrested Development also stars Jason Bateman, Michael Cera, Jessica Walter, Will Arnett, Tony Hale, Portia de Rossi, and Shawkat. No official date has yet been revealed for season 5—which is rumored to center around a murder mystery—but a “remixed” version of season 4 became available for streaming on May 4.