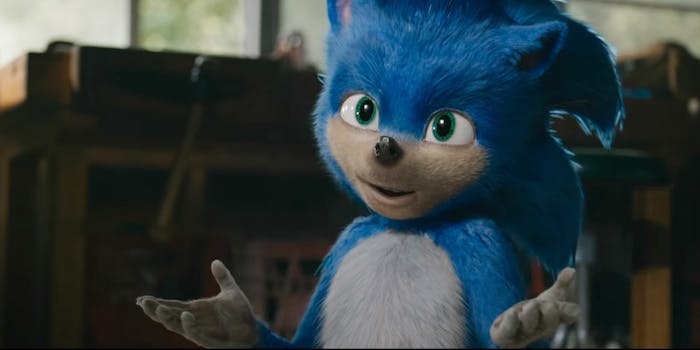 ‘Sonic the Hedgehog’ movie delayed to 2020 to fix his look

After a massively negative reception to the trailer for the live-action Sonic the Hedgehog movie, director Jeff Fowler has tweeted that the film will be delayed by three months in order to give the effects team more time to redesign the blue blur. Sonic the Hedgehog will now be released on February 14, 2020.

The trailer, which originally featured a version of Sonic with wide-set eyes (as opposed to his more anime-like eyes) and incredibly unsettling human teeth, quickly became the target of criticism for its design of the titular character, as well as the trailer’s painfully stilted attempts at humor. This led to Fowler originally tweeting on May 2, promising fans that Sonic’s design would be addressed and revised.

Thank you for the support. And the criticism. The message is loud and clear… you aren't happy with the design & you want changes. It's going to happen. Everyone at Paramount & Sega are fully committed to making this character the BEST he can be… #sonicmovie #gottafixfast 🔧✌️

At the time, the film was scheduled to be released on November 8, 2019. The promise of an entire overhaul to Sonic’s design (which also meant reimplementing animation) in such a short window of time raised concerns that Paramount’s animators would be forced to work drastic amounts of overtime, or “crunch.”

Crunch is commonly associated with work in the video game industry but is an unfortunate reality for many VFX artists as well. Fowler’s tweet is clearly addressing community concerns, going so far as to include a hashtag saying “no VFX artists were harmed in the making of this movie.”