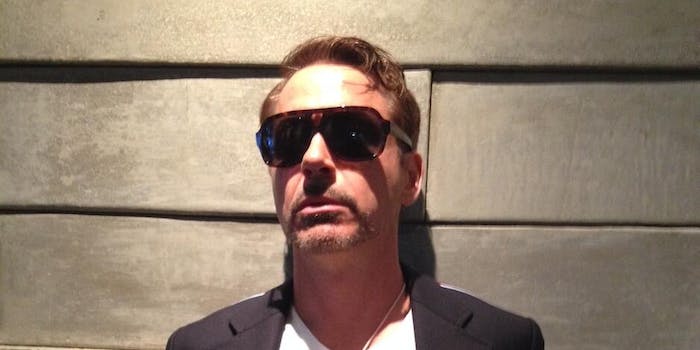 Clearly not about to be upstaged by all the attention his Avengers co-star Chris Evans has gotten this month for the premiere of Captain America: The Winter Soldier, Robert Downey Jr. arrived on Twitter today with an explosion worthy of Tony Stark himself.

My whole timeline is RDJ, the internet freaks out, the absolute star power of this man is incredible seriously. LOVE IT.

In true RDJ fashion, he arrived sporting shades and looking cooler than anyone you know, with an introduction from his Iron Man co-star and director Jon Favreau.

You wanted him, you got him. Ladies and gentlemen, give a big #FF to @RobertDowneyJr #chef

There’s just one problem: How does one talk to Robert Downey, Jr.? What’s the Internet equivalent of sitting in an awestruck circle like you’re the cult of toys in Toy Story and RDJ is The Claw?