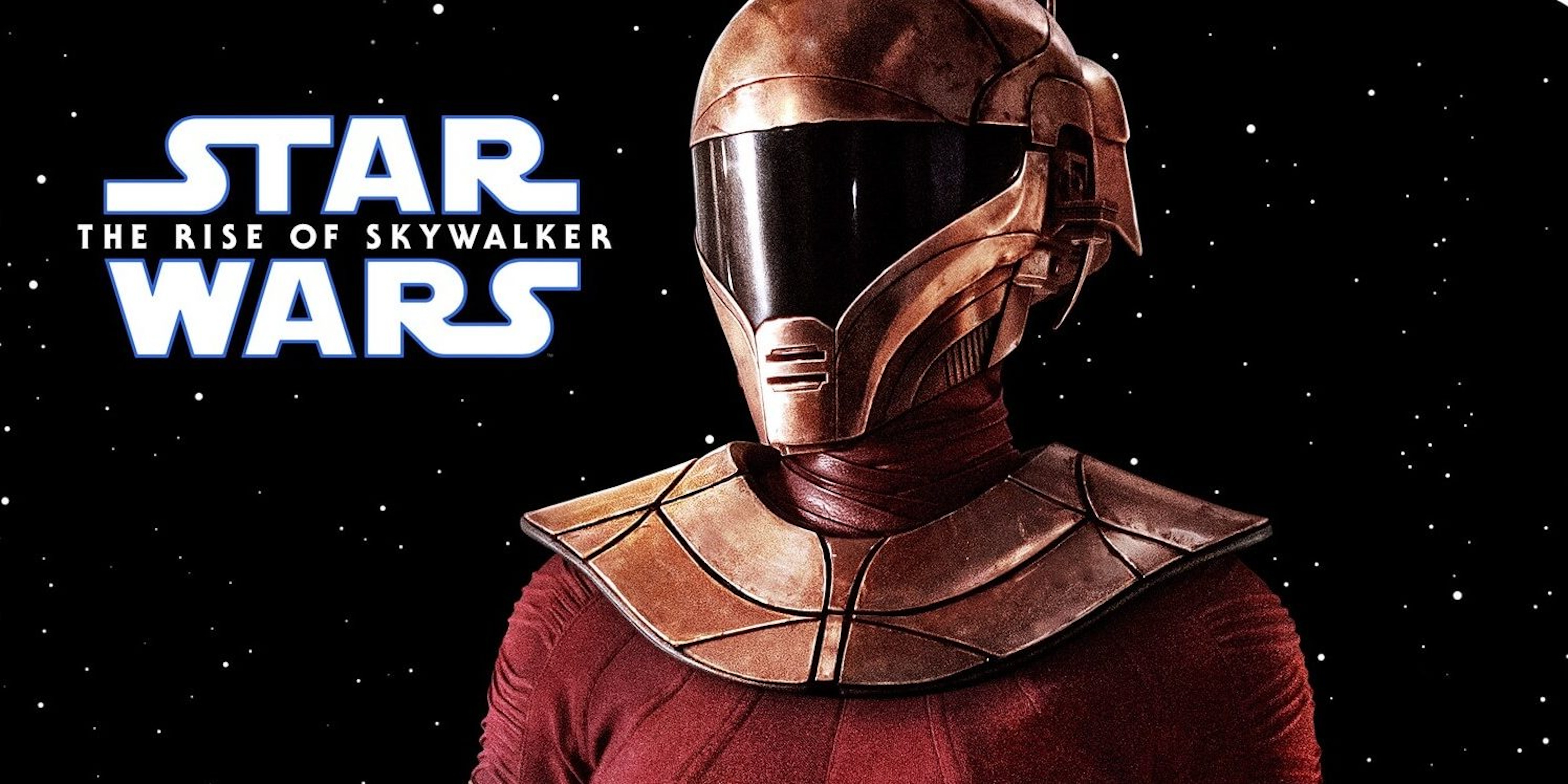 Who is Zorii Bliss in ‘Star Wars: The Rise of Skywalker’?

Zorii Bliss is an intriguing new figure in The Rise of Skywalker, introduced with the two essential traits for any memorable Star Wars character: a cool name, and an awesome costume. Clad in a maroon catsuit and a Daft Punk-looking helmet, we know a little about her role from interviews, but she hasn’t appeared in any of the trailers. So, who is Zorii Bliss?

Played by Keri Russell (who knows J.J. Abrams from her time starring in his TV show Felicity), Zorii was first announced in Vanity Fair’s Rise of Skywalker photo series back in May. She’s described as a rogue and a scoundrel, pictured in the Thieves’ Quarter of Kijimi, a mountainous planet that will make its first appearance in the new movie. At that point, Keri Russell wasn’t allowed to reveal anything else, but we now know a little more—including Zorii’s connection to one of the film’s lead characters.

Like Han Solo during his younger days, Zorii remains politically neutral during a time of war, thriving in the galaxy’s criminal underbelly. She’s the human leader of the Spice Runners of Kijimi, a gang of smugglers including Babu Frik, the tiny alien who grabbed fans’ attention during one of the Rise of Skywalker trailers. The canonical role of “spice” has never been fully explained in the main Star Wars movies, and probably won’t be while Disney controls the franchise, but let’s be real here: It’s drugs.

In an interview with Entertainment Weekly, Oscar Isaac had this to say to say about Zorii Bliss:

“She has a little bit of a checkered past and maybe some questionable morals, but she’s really an old friend of Poe’s. I think the entrance of Zorii is there to describe more of who he was, y’know, in a very intimate way and a familiar way, and the friends are sort of like, ‘What do you mean, you know him?’”

That interview led to speculation about a Poe/Zorii romance, an idea with complicated baggage in Star Wars fandom. Ever since The Force Awakens, a significant contingent of fans have wanted Poe and Finn to end up as a couple—or at the very least, for Poe to be canonically queer. Oscar Isaac and John Boyega have both discussed their characters’ romantic subtext in interviews, and Isaac is an outspoken supporter of fan theories that Poe is in love with Finn, expressing regret that their story didn’t follow a “natural progression” into romance for the final film.

While an ex-girlfriend doesn’t rule out Poe being queer, Zorii may wind up inspiring backlash among Finn/Poe shippers and fans who want more LGBTQ representation in Star Wars. That’s because there’s a long history of media franchises panicking when fans notice queer subtext, and course-correcting by introducing a straight love-interest. There’s no evidence this is what happened here, but if Zorii’s role is a) relatively small, and b) leans heavily on callbacks to a relationship with Poe, then some fans will interpret it that way.

We’ll have to wait until the film comes out to learn more, but another Oscar Isaac interview suggests their relationship is pretty complicated:

“Well, every relationship with Poe has a sexual element. It’s just kind of the way it is. But with her, you definitely get a sense that things were left kind of messy and there’s some hurt there.”

Regardless of her romantic backstory, Zorii Bliss is an intriguing figure. We’re expecting her screentime to overlap with Poe’s, but aside from that, she’s a reminder of how little we actually know about The Rise of Skywalker. The trailers have focused heavily on Kylo Ren and the main trio of heroes, with little to no screentime for certain established figures like Rose Tico and General Hux, or high-profile new characters like Zorii. At the moment, we don’t even know what she looks like under the helmet, which apparently was part of the appeal for Keri Russell.

“That’s where I live,” said Russell, speaking to ET Canada about her character’s enigmatic mask. “Like, that’s my ideal job. I can see everybody. No one can see me.” Recently known for starring in the acclaimed espionage drama The Americans, she’s one of many Star Wars actors who are used to taking lead roles but willingly step out of the limelight to appear in the franchise. It’s entirely possible that like Captain Phasma or the Mandalorian, she’ll never remove her helmet, meaning that some viewers may never know that Keri Russell is under there at all.