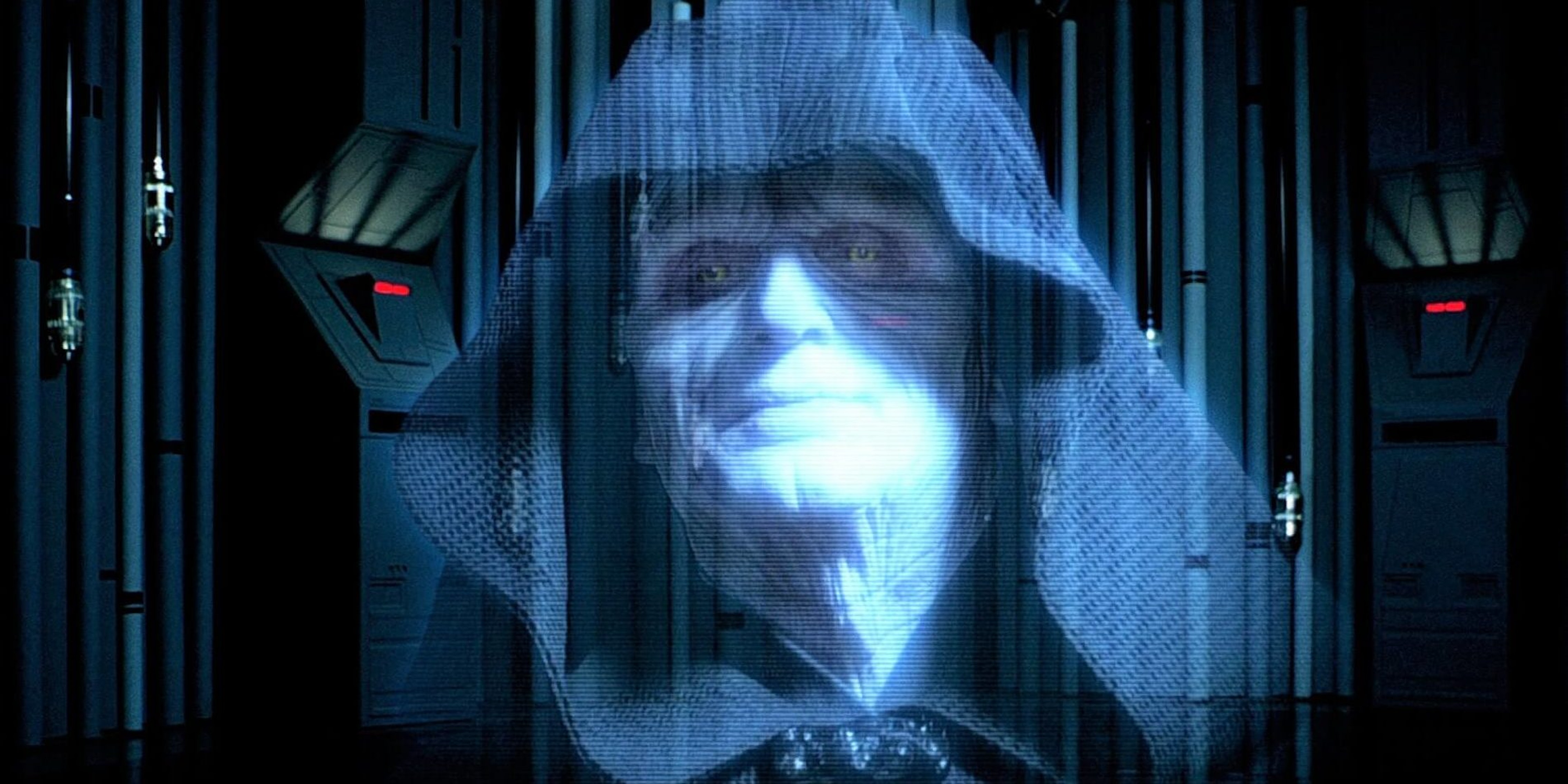 What does this mean for Palpatine's role in the new movie?

A new and potentially spoilery Rise of Skywalker clip may shed some light on Palpatine‘s role, and fans are going wild about what this means for Kylo Ren.

Emperor Palpatine has supposedly been dead for decades at this point in the Star Wars timeline, but his voice already appeared in the main Rise of Skywalker trailers. This new clip doesn’t give too much away, but it shows Kylo Ren visiting a location that looks pretty Dark Side, seemingly to confront Palpatine, or Palpatine’s ghost. “My boy,” says Palpatine’s voiceover. “I have been every voice you have ever heard.”

Watch an exclusive clip from Star Wars: The Rise of Skywalker. See it in theaters December 20!

A lot of fans have been hoping to see a Kylo Ren redemption arc in this movie, and are interpreting this as proof that Palpatine has been manipulating Kylo Ren/Ben Solo throughout his life, pushing him toward the Dark Side. In other words, Snoke was either one of Palpatine’s pawns, or paled in comparison to the true power that seduced Ben Solo away from his family.

KYLO REN HAS BEEN CALLED A MONSTER AND PERCIEVED AS A VILLAIN BY EVERYONE AROUND HIM EVEN HIS OWN FAMILY MEMBERS BECAUSE OF FUCKING PALPATINE WHISPERING AND SEDUCING HIM SINCE HE WAS IN THE WOMB HE LITERALLY FELT LIKE HE HAD NO OTHER FUCKING CHOICE pic.twitter.com/oW4YdlK1xf

Somehow the worst part of this is how Snoke and Palpatine KNOW that Ben Solo is a good person. They knew it ALL ALONG. They had to engineer his entire life to beat it out of him, strip his very name from him, and yet his Light STILL shone through, and they had TO BEAT HIM MORE.

Of course, the clip is extremely ambiguous. The trailers have also shown Rey going full Dark Side with a double-bladed red lightsaber, which is more likely to be some kind of vision than a colossal spoiler for her character arc.

This clip seems to show Kylo Ren going on a pilgrimage to some kind of ominous Dark Side location, and we definitely hear Palpatine’s voice, but beyond that we won’t know the true context until next week. It’s also worth noting that the voice briefly switches from Palpatine to Vader to Snoke, so this might not be “Palpatine” so much as a Dark Side entity impersonating famous figures who influenced Kylo Ren’s journey. A very effective teaser for all the people speculating about Kylo Ren’s motives, though!