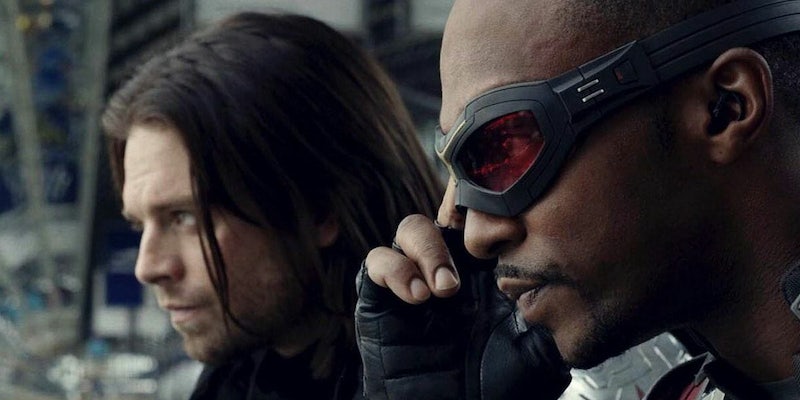 There's already a writer onboard.

The future of the Captain America franchise is heading in an unexpected direction. Following news of TV spinoffs for Loki and Scarlet Witch at Disney‘s new streaming service, Variety reports that Marvel Studios is developing a limited series about Falcon and the Winter Soldier.

Falcon (Sam Wilson, played by Anthony Mackie) and the Winter Soldier (Bucky Barnes, played by Sebastian Stan) were both tipped to replace Steve Rogers as the new Captain America, following in the footsteps of the comics.

Since Chris Evans is leaving the franchise after Avengers 4, this TV show suggests the Captain America movie franchise may be mothballed instead of continuing with someone else as the lead. However, Marvel clearly understands the popularity of Sam and Bucky as characters in their own right. They’re both fan-favorite heroes, but haven’t had much time for character development among the ensemble cast of recent movies.

Variety says Malcolm Spellman (Empire) is writing the miniseries, which is expected to last six or eight episodes. The Loki and Scarlet Witch shows haven’t announced creative teams yet.

This all lends credence to the theory that Marvel’s Netflix shows are being canceled to make way for a new generation of glossier, bigger-budget shows at Disney. It may also shed some light on the outcome of Avengers 4. These characters can hardly star in their own shows if they don’t survive the next movie, right?