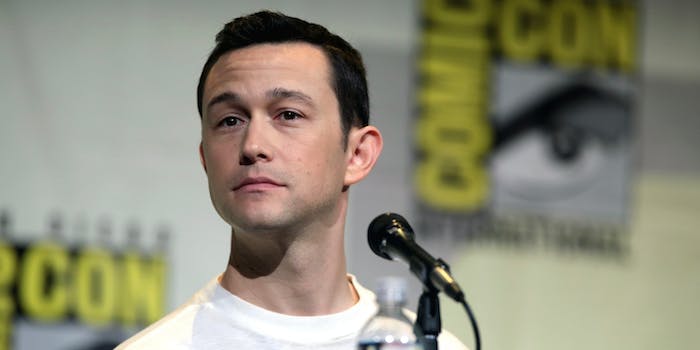 'No one is a perfect hero or a perfect villain, we’re more complicated than that, every one of us.'

Star Wars: The Last Jedi is still inspiring conversation and debate more than a month after its release, and even one of the actors who appeared in the film is weighing in on one of the film’s most polarizing decisions.

It took a few weeks for Joseph Gordon-Levitt, who had a cameo in The Last Jedi as Slowen Lo, to get around to seeing the movie. As a friend of director Rian Johnson—and one of two actors to appear in all of Johnson’s movies to date—he’s the first to admit that he might be biased. But now that he has seen the movie he wants to talk about Luke Skywalker.

In a Medium post, Gordon-Levitt looked at how The Last Jedi reintroduced Luke as a cynical and broken man whose guilt led him to abandon everyone he loved and shut himself off from the Force. People idolized Luke in the original trilogy and saw him as what a hero should be, so Gordon-Levitt understands where people are coming from when Luke isn’t what they expected. But he applauds what he calls the film’s two big risks with Luke: one, Luke has changed; and two, it wasn’t for the better.

For Gordon-Levitt, The Last Jedi did an incredible thing by allowing a film to tell a story about a character getting older (helped, in part, by the decades-long span since we first saw Luke in the original trilogy) and how rare it was that an actor got to portray this. It similarly offered a fascinating character study of a hero with his own flaws. It makes for a more intricate and interesting story, one that fleshed out Luke much more than the original trilogy ever did.

“To me, this is a story about not losing faith: faith in the outside world, faith in your allies as well as your enemies, in the future as well as the past, in the next generation that will take your place, and yes, faith in your own damn self,” Gordon-Levitt wrote. “Luke has made mistakes that had terrible consequences, and his regret is so strong that he wants to give up. We need to see that despair, hidden under a crusty front of indifference, so that when he finally decides to put himself out there and make the ultimate sacrifice, it means something.”

But as much as Luke’s journey has shaped the movie, it also speaks to what could be possible with the Star Wars films. Although the three Star Wars movies released since Disney purchased Lucasfilm were positively received, some fans have worried that the films might never stray outside what works or just rehash previous movies like other nostalgia-fueled sequels. But the Last Jedi let Johnson take its powerful and fabled hero and turn him into a man, one with his own set of flaws who ends up becoming a legend anyway. As for what that means going forward, Gordon-Levitt, for one, is hopeful.