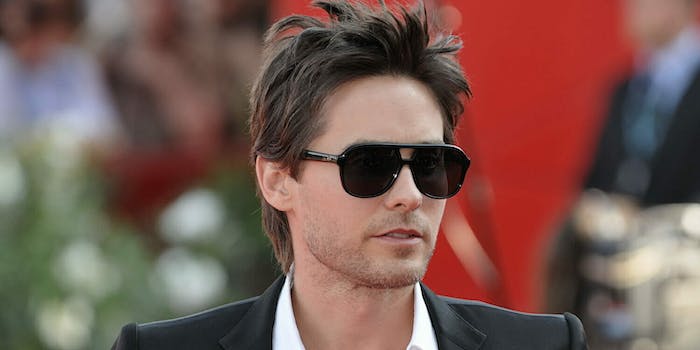 Not content with just being the Joker, Jared Leto is moving to Sony’s Spider-Man franchise too. He’s been cast as the lead in Morbius the Living Vampire, a gothic antihero role.

Morbius is the latest step in Sony’s quest to make a wide-ranging superhero franchise, regardless of how few Marvel properties the studio actually owns. Thanks to Sony’s old deal with Marvel Comics, it only has access to Spider-Man characters. Hence why we’re getting spinoffs for Venom, Black Cat and Silver Sable, and the Korean-American Spiderverse hero Silk. Morbius was originally introduced as a Spider-Man villain in the comics, and the title is pretty self-explanatory: He’s a vampire.

Sony already announced this film last year, but the addition of a well-known actor like Jared Leto makes it seem more likely to happen. Which is kind of unexpected, because once again: It’s about a dude named Morbius the Living Vampire.

Given the obscure nature of the character, this movie could go in a number of directions. His origin story is classic Spider-Man material, with Morbius (aka Dr. Michael Morbiuss, Ph.D.) trying to cure his rare blood disorder and accidentally turning himself into a vampire. It could happen to anyone! From that starting point, he could be rewritten as anything from a cool vampire vigilante to a tragic brooding predator.

The script has already been written by Burk Sharpless and Matt Sazama, whose work on Power Rangers and Netflix‘s Lost in Space suggests it could be more of a family-friendly adventure movie. However, director Daniel Espinosa is known for more adult fare like the spy thriller Safe House and the sci-fi horror flick Life.

If you’re wondering if this film will clash with Leto’s role as the Joker, well, that’s hard to say. Warner Bros.’ DC movie schedule is famously chaotic, with multiple Joker-related movies in the works at once. Leto is due to star in a solo Joker movie, a Harley Quinn double-act, and Suicide Squad 2. Meanwhile, another Joker movie is in the works with Joaquin Phoenix as the lead. No release dates are confirmed, but we can easily imagine Morbius going into production soon while Leto’s Joker spinoffs fail to materialize.