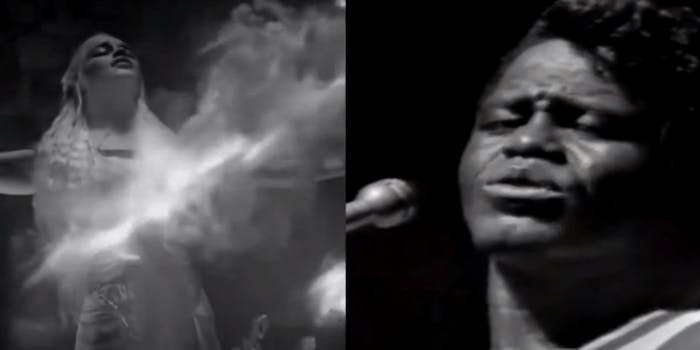 Would James Brown have been a Game of Thrones fan?

Game of Thrones’ fourth season debuted on Sunday, to mostly positive reviews and record-setting piracy. One interesting subculture has developed around the show’s fandom: reimaginings of the theme song. Enter “James of Thrones.”

YouTuber DJ Rozroz found one of the most appropriate songs to convey the Game of Thrones gender dynamic: He mashed up the show’s theme song with James Brown’s 1966 hit, “It’s a Man’s Man’s Man’s World.”

Rozroz has some other great mashups, like this “Enter Sandman”/Beatles masterpiece.