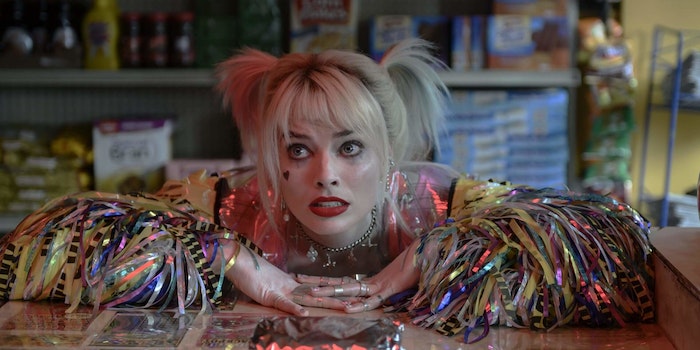 Thanks to ‘Birds of Prey,’ Harley Quinn is now canonically queer on-screen

It's a small moment but it sets the scene for things to come.

Harley Quinn is one of several DC/Marvel characters who (like Wonder Woman, Loki, and Deadpool) are canonically queer in the comics, but whose sexuality is ambiguous in the movies. Until now. Thanks to a brief moment in the opening sequence to Birds of Prey, Harley is confirmed to be queer in the DC movie franchise.

Warner Bros. wanted Birds of Prey to be totally accessible to new audiences, so the film opens with a cartoon introduction to Harley’s backstory, covering her childhood and leading up to her complicated relationship with the Joker. During the pre-Joker era of her life, we briefly meet a few of her exes—including a woman. It’s not exactly a big moment, but it paves the way for later movies to explore Harley’s sexuality further.

A lot of fans want to see Harley partner up with Poison Ivy, her girlfriend in the comics. Birds of Prey director Cathy Yan has voiced support for Ivy joining the franchise, so hey, it could happen.

Hollywood generally has a more relaxed attitude to queer representation in R-rated movies, compared to family-friendly blockbusters like Star Wars. That sends an inarguably terrible message about what is and isn’t considered “suitable” for kids, but it also gives films like Deadpool 2 and Birds of Prey more leeway to add queer characters to the DC and Marvel franchises. The reference to Harley’s backstory is really a blink-and-you’ll-miss-it moment, but the main Birds of Prey team also includes a lesbian hero (Renee Montoya), and the villain, Black Mask (Ewan McGregor) is implicitly gay—although he falls into some pretty negative stereotypes, so audience reactions are sure to be mixed.

After many fans were disappointed by the absence of a Harley/Ivy romance in the recent Harley Quinn cartoon, this feels like a step forward for the movie franchise, setting things up for later sequels.