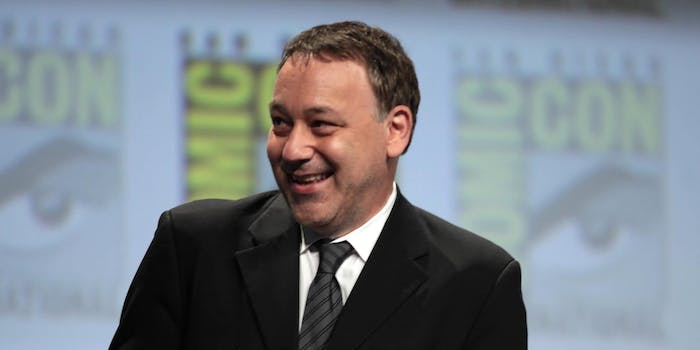 He hasn't directed a movie since 2013. But he could be the perfect fit.

Last month Doctor Strange in the Multiverse of Madness lost its original director, Scott Derrickson, to creative differences. This gave Disney a short timeframe to replace him before filming begins this summer, and that replacement may be none other than Sam Raimi.

Also known for helming the Evil Dead franchise, Raimi defined the modern superhero genre by directing the original Spider-Man trilogy in the early 2000s, starring Tobey Maguire. Variety reports that Raimi is now in talks to take over the Doctor Strange sequel, although he hasn’t officially been hired by the studio yet. Raimi’s last directing gig was the dubiously-received Oz the Great and Powerful in 2013, and in recent years he’s focused his attention on producing.

Raimi remains a beloved figure among superhero movie fans, and his first two Spider-Man films still outstrip many superhero movies from the post-Iron Man era. His name rarely comes up on lists of potential directors for new comic book projects, but he’s actually a perfect fit for Doctor Strange: an experienced blockbuster filmmaker with a proven affection for the Marvel brand, and a longtime connection to the horror genre.

Doctor Strange in the Multiverse of Madness is expected to have horror influences, although Derrickson’s “creative differences” may have involved him trying to push Marvel’s boundaries too far.

Doctor Strange in the Multiverse of Madness comes out in May 2021, preceded by the Disney+ series WandaVision, whose lead character Scarlet Witch will co-star alongside Benedict Cumberbatch‘s Doctor Strange.