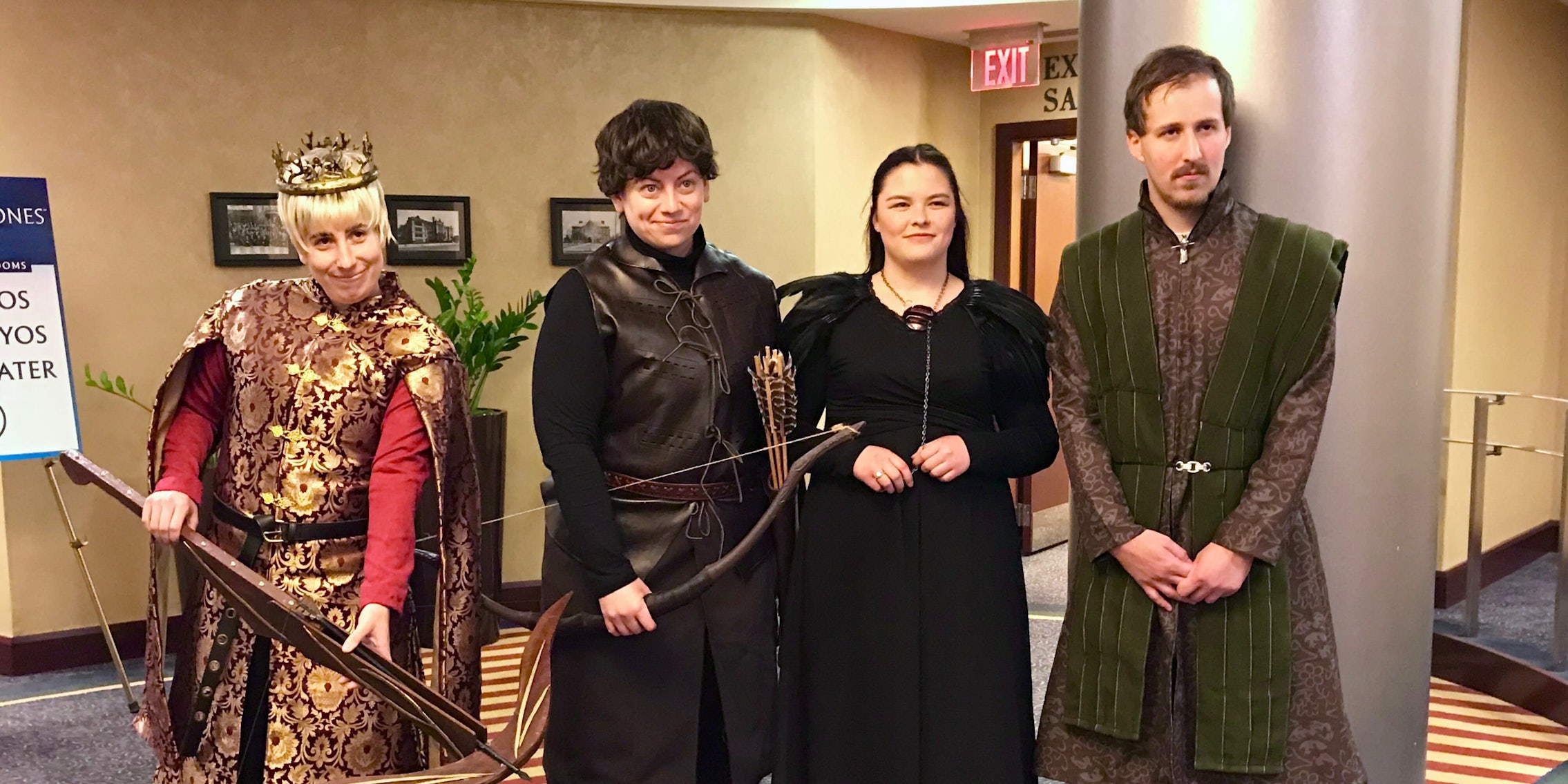 The best cosplay from Con of Thrones 2018

The fans upped their cosplay game in Dallas this year.

The costumes on Game of Thrones consistently take it to another level with the sheer amount of detail contained in those pieces. But the cosplayers at second annual Con of Thrones weren’t too far behind.

With so many characters to choose from, Game of Thrones offers a plethora of ideas and concepts for fans to embody. But at the Game of Thrones convention, the cosplayers took their outfits straight to Westeros and Essos—or rather, Dallas.

Daenerys Targaryen is always a popular option, with plenty of outfits for cosplayers to choose from. The mothers(s) of dragons even found their Khal Drogo.

Although Wakanda is about as far away from Westeros as fans could’ve gotten, the two converged for one of the convention’s big crossovers: T’Challa and Jon Snow.

As a Missandei cosplayer demonstrated during Con of Thrones’ costume contest, no matter how great the costume is, it can always be improved with pockets.

And humans weren’t the only ones getting into the Game of Thrones spirit.

But sometimes the costumes at a Game of Thrones convention got meta. At one point, someone dressed as George R.R. Martin photographed others dressed as his own creations while another covered in paper handed out blank pages to other con-goers as a commentary on Martin’s unfinished The Winds of Winter.

Next year, fans will hopefully have even more to draw upon.