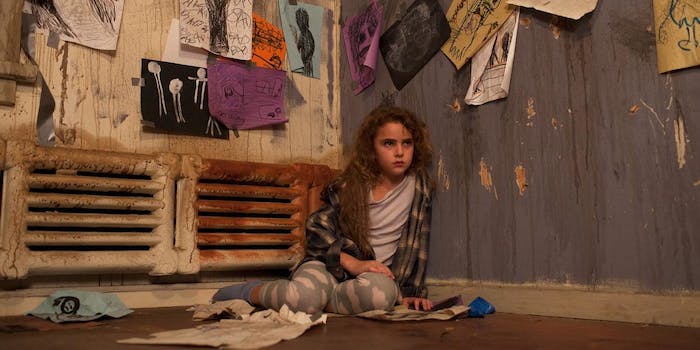 The filmmakers open up about casting Emile Hirsch following his assault conviction and their heralded project's Trump parallels.

Freaks is one of the most interesting sci-fi movies of 2019, an original indie thriller that combines adult horror and politics with a Spielbergian adventure story. Starring child actor Lexy Kolker alongside Emile Hirsch and Bruce Dern, it’s about a young girl whose father forbids her to leave the house—but is his controlling behavior actually for her own protection?

Co-writer/director team Zach Lipovsky and Adam Stein have an interesting backstory. They first met on Steven Spielberg’s filmmaking reality show On The Lot, kicking off a creative partnership. After co-directing Disney’s live-action Kim Possible movie, Freaks is their first original film, earning positive reviews at festival screenings. Ahead of its release on Sept. 13, we spoke to them about Freaks’ political relevance, their strategy for making an adult film with a child star, and their decision to cast Hirsch following his assault conviction in 2015.

Freaks begins as a self-contained drama, but it evolves into something very different. After watching, I felt the best way to enjoy it was to preserve that revelation, so I was wondering: How much do you think people should know before watching? Do you have any thoughts on spoilers?

Zach Lipovsky: Obviously the best version of watching the movie is knowing absolutely nothing, but sometimes you need to tell people a little more to get them interested.

One of the ways we pitch the movie to people is that it’s about a 7-year-old girl who’s lived her entire life inside this house because her father says if she ever goes outside, people are going to kill her. She’s getting to the age where she’s not so sure if he’s telling the truth, not even sure if necessarily he’s her father. Near the beginning of the movie she gets up the courage to escape, and immediately discovers everything he’s been saying is true. 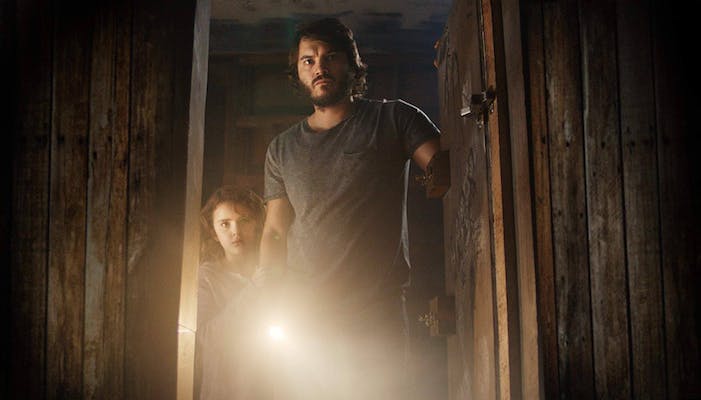 Adam Stein: And Bruce Dern plays Mr. Snowcone, this creepy ice cream salesman who for some reason is trying to woo her outside the house. We’re hoping that people think from the marketing that “freaks” are something scary that’s out there in the world, without realizing that the lead characters are the freaks.

This movie mostly takes place from a child’s perspective. What techniques did you use to emphasize that?

AS: That was our guiding principle, how to tell the story from Chloe’s perspective. One of the simplest things we did was we filmed the movie all from her height, so the camera lens is at her eye line, but when it’s on anyone else, it’s staring up at these adults who are looming over her.

What was your process for working with such a young actress in an adult film with rather dark themes? I remember reading that the director of The Babadook used an adult stand-in for certain scenes. Particularly Zach, you’re a former child actor—what was the mindset for dealing with that issue?

ZL: The film is pretty intense, and the role Lexy plays is the most intense part in a lot of ways. But at the same time, we made the set a really fun, warm, friendly environment. The first thing we did was make sure when we were auditioning that we found someone who had not only the depth to connect to real emotion, but also the maturity to then snap out of it in a healthy way, and still remain a happy little girl. Lexy is kind of the epitome of that.

When we do screenings with her, people love her and she’s laughing and she’s giggling and she’s so sweet. And then when we do screenings and she’s not there, the audience’s first question is always, “Is that little girl OK, is she in therapy now?” because the character she portrays is so intense. The way we get that while we’re shooting is we basically rely on improv and connecting to actual things from her life. In scenes where she’s really upset at her dad, we would talk to Lexy about times in her life she’s been upset with her dad. Sometimes we even act those scenes out, to connect to those experiences. The last thing we did was just surround her with a lot of love. Her family was on-set, her big sister who is an actor was on set. And Emile and Bruce, who are veteran actors, would kind of coach her and surround her with a lot of support, and make feeling those emotions feel safe. 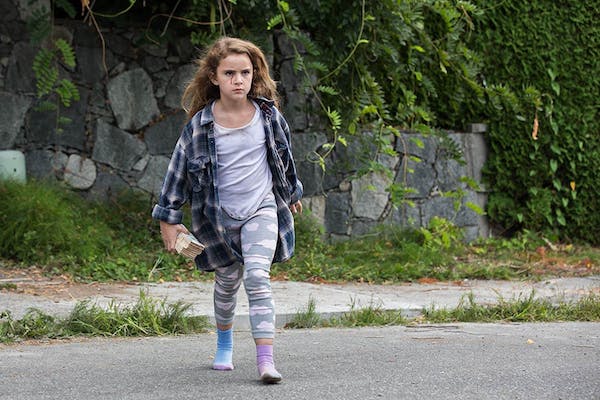 So she kind of helped to shape the character while the film was developing?

AS: Oh absolutely. And all of the leads. Because we wrote the script, we had the leeway to improvise from it and kind of throw it away when it suited us. So often, child actor performances come off as fake because parents drill them in the lines. They come to set very prepared and know every word, but they’ve lost the meaning behind it. We tried to do the opposite, we told Lexy’s parents, don’t worry about memorizing the scene. Then we can start from a blank page and really get at what is this about. We could feed her the lines if we wanted to, but often we would have her put it in her own words and explore what the characters wanted to say. Then it became an enormous editing challenge once we had all that footage… but we found a lot of undiscovered gems working that way.

At the screening I went to, you mentioned you were influenced by non-sci-fi dramas with child stars like Room. It also reminded me of Moon because it’s a two-person thriller at first. Could you tell me a bit about your influences?

AS: Yeah, I was startled when you wrote Moon and Ex Machina in your review, because those are the two movies we talked about constantly when we were writing this, in terms of a contained sci-fi thriller that has that feeling of dread when you’re watching it.

ZL: The thriller element comes from the characters’ motivations, it’s not  coming from a monster or a serial killer, it’s coming from people with deep desires that are willing to do anything to get them. That’s the kind of movie we wanted to make.

I believe you were writing this in 2016, so before the election. Obviously—and I’ll include a spoiler warning here—there’s a lot of political themes, it’s about a family that’s torn apart by the government, there’s a lot of discrimination in the film. What was your outlook when writing the film, and how has that changed since it came out?

ZL: We were writing it while Trump was running for election, so a lot of that kind of vitriol was stirring up again. Obviously it’s happened many times during history but it was fresh at that moment. We talked openly about wondering if those themes would be relevant by the time the movie came out. Because everyone assumed he wouldn’t get elected.

AS: We thought he’d just be a humorous footnote in history.

ZL: After [Freaks] came out at the Toronto Film Festival, it was right as children were being separated from their families and put into camps, which is one of the main threats in the movie. The audience was wondering how we knew that was going to happen. It was science fiction when we were writing it, we obviously looked back through history and history repeats itself, so in some ways it wasn’t that surprising that it was repeating itself again. But we wanted to make sure the movie felt universal and enjoyable as a movie, but also that the theme of how to survive when you’re being persecuted… that that was relatable to any type of audience.

AS: It’s really about when you’re different in a way that the world doesn’t like, is it better to hide who you are and stay safe, or stand up for who you are and risk everything? Unfortunately again and again we see the world targeting people that are different. One of the things we’ve always loved about science fiction is the way sci-fi stories can hold up a mirror to our own world and make us see it in a different way.

I remember you mentioning you’re working on a TV show based on the movie, is that still in the works?

ZL: We have lots of dreams and hopes of where the world will go, and it really just depends on the reception of the movie. The movie comes out in North America on Friday 13th of September, and it’s had a great run at festivals. If there’s interest in more, then we have much much more we wanna do with it.

So I have one final question, it’s actually about casting. We’ve talked about Lexy, but with Emile Hirsch, following the release of Once Upon A Time In Hollywood, Quentin Tarantino faced some criticism for casting Hirsch after his assault conviction. Is that something you took into consideration during the casting process?

ZL: Yeah, we knew about that and we talked to Emile about it, and it was something we were concerned about, but he assured us that he had changed his life since then. You know, he was addicted to drugs and drinking and became sober after that, and became a dad. We saw on set that he was very nurturing with Lexy, and was really a great partner in creating a healthy environment on set.

It was something that after talking with all our producers and stuff like that… it was a complicated issue that was hard to figure out at the time. He went to jail and paid his due to society, and we felt like he had changed his life. And even though he feels like he’ll never forgive himself and doesn’t expect anyone else to forgive him, it was something that we thought he could have another chance.