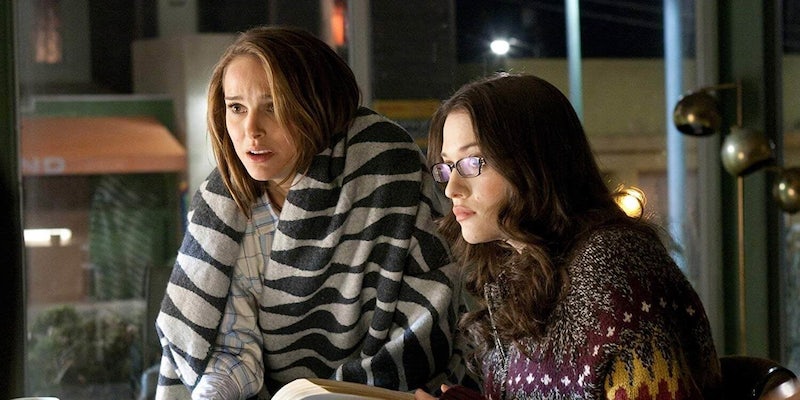 She was the first truly relatable female character in the MCU, and that had a lasting impact.

At this point, there are basically a million characters in the MCU, allowing for some increasingly creative crossovers. The latest is the Disney+ show WandaVision, which pairs Vision and Scarlet Witch with two unexpected co-stars: Ant-Man’s Jimmy Woo (Randall Park) and Thor’s Darcy Lewis (Kat Dennings). They’re smart choices because WandaVision is a sitcom pastiche, and both actors are sitcom stars. And while they may be minor figures in the MCU, Darcy’s return is kind of a big deal.

Appearing in the first two Thor movies, Darcy is the friend and assistant of Jane Foster (Natalie Portman), and is essentially a comic relief character. She’s also a rare figure in this kind of franchise blockbuster: a woman who isn’t the hero’s mom, love-interest, or exposition delivery mechanism. Thor actually featured two such characters (the other being Lady Sif), making it a true rarity among superhero movies at the time.

The past couple of years saw more women appear in MCU, but in Phases 1 and 2, the key female characters were all either love-interests or Black Widow. Each film was littered with supporting roles for men, like Iron Man’s Happy Hogan or Captain America’s squad of WWII allies, but female supporting characters were few and forgettable. Darcy Lewis stood out because her whole job was to be funny and relatable, played with effusive, immature charm by Kat Dennings. This was enough to earn Darcy a fan following that far outstripped her screentime, becoming a fixture in Avengers fanfiction.

On the fanfic site Archive of our Own, Darcy now appears in more than 16,400 fanfics. By comparison, her friend Jane Foster—a lead character played by a much more famous actress—only appears in 8,200.

Some writers pair Darcy with Steve Rogers as his 21st-century girlfriend, but she more often appears as a supporting figure alongside the Avengers team. Upgraded from being Jane Foster’s sidekick, fandom collectively used Darcy as a millennial woman’s viewpoint into the world of the Avengers, a team dominated by middle-aged men. Sometimes depicted as the Avengers’ social media advisor, she’s a down-to-earth connection between superheroes and the civilian world. She fills a lighthearted role that in the comics would go to someone like Squirrel Girl or the Wasp.

Darcy Lewis isn’t the only example of this phenomenon. Something similar happened with Gaila in the 2009 Star Trek movie, a green-skinned alien who had maybe five minutes of screentime as Uhura’s roommate and Kirk’s college hookup. Introduced as a fun, quirky character with an independent life, fans latched onto her. They transformed her into a core member of Kirk, Spock and Uhura’s social circle at Starfleet Academy, and explored her background as an Orion (a heavily sexualized race in the Star Trek universe) from a more feminist angle. After Star Wars: The Force Awakens, X-Wing pilot Jessika Pava attracted a similar audience, fleshing out her place in the Resistance. In the actual movie, pilot Snap Wexley (played by J.J. Abrams’ friend Greg Grunberg) was arguably meant to fill this everyman/sidekick role in Poe Dameron’s team, but fans got more fired up about Jessika, who barely even has any dialogue.

Instead of being awe-inspiring heroes like Wonder Woman or Captain Marvel, all three of these characters are just… normal. Darcy, Gaila, and Jessika don’t fall in love with a hero, and they don’t have exceptional powers. They’re just ordinary (albeit very cool) women who exist in the world of Star Wars, Star Trek or Marvel, fulfilling a desire for relatable, everyday representation.

Hollywood is obsessed with everyman heroes, forming a basis for Shia LaBeouf’s entire career, and in Marvel’s case, explaining why Agent Coulson launched a seven-season TV spinoff. There’s a seemingly infinite number of movies featuring normal men in extraordinary circumstances, but there’s an unspoken sense that women can’t just be average, or even play sidekick roles like Sam Gamgee, Jimmy Olsen, or Foggy Nelson. “Relatable female side-character” just isn’t a common trope, unless the film is aimed at women.

Darcy’s appeal lies in the fact that she could be any of us. She wears unremarkable clothes and has everyday priorities. She doesn’t have any impressive powers or qualifications, but she still manages to crack a joke while surviving supervillain attacks. Vanishing from the MCU in 2013, she’s since been overshadowed by more prominent characters like Zendaya’s delightful offbeat role as MJ in Spider-Man: Homecoming. Marvel gradually expanded its cast of interesting female characters, but Darcy was a unique figure in the early years of the MCU, cementing a lasting place in its fandom.