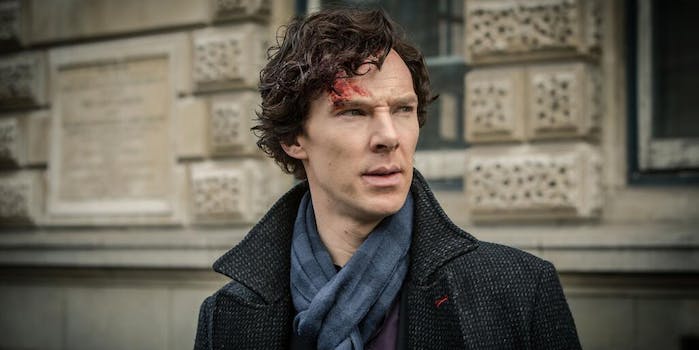 “Please urge Sherlock crew to be quick! They have had us waiting for two years for every season!”

OK, we know BBC’s Sherlock is important to a lot of people. Definitely important enough to inspire the online equivalent of a riot when tickets went on sale for a preview screening of the latest episode. But enough for the UK Prime Minister to make a public statement about the lengthy wait for a new season?

During an official visit to China this week, Prime Minister David Cameron set up a profile on China’s most popular social media site, Sina Weibo, and asked members of the public to submit their questions. Naturally, most of the questions were related to politics or diplomacy, but one stood out: “Please urge Sherlock crew to be quick! They have had us waiting for two years for every season!”

Amazingly, Cameron did end up answering, and you can hear his response about two minutes into this video. Although it seems like he may not be aware that there’s a new season airing in less than a month.

“I know that Benedict [Cumberbatch] is hugely popular in China; he’s a big star. Sadly I can’t tell them what to do, as it’s an independent company, but I know how popular Sherlock Holmes is, and the modern adaptation, I think, is a brilliant adaptation. Of course people can always go back and read the original Conan Doyle stories, which are wonderful, but I will do everything I can to say that people in China want more Sherlock Holmes and more of the modern version.”

The good news for Chinese Sherlock fans is that there will finally be a new season airing in the U.S. and UK in January 2014. The bad news is that they may have to wait a while longer before it airs in China. But either way, as Cameron points out, you can always read the books while you wait.