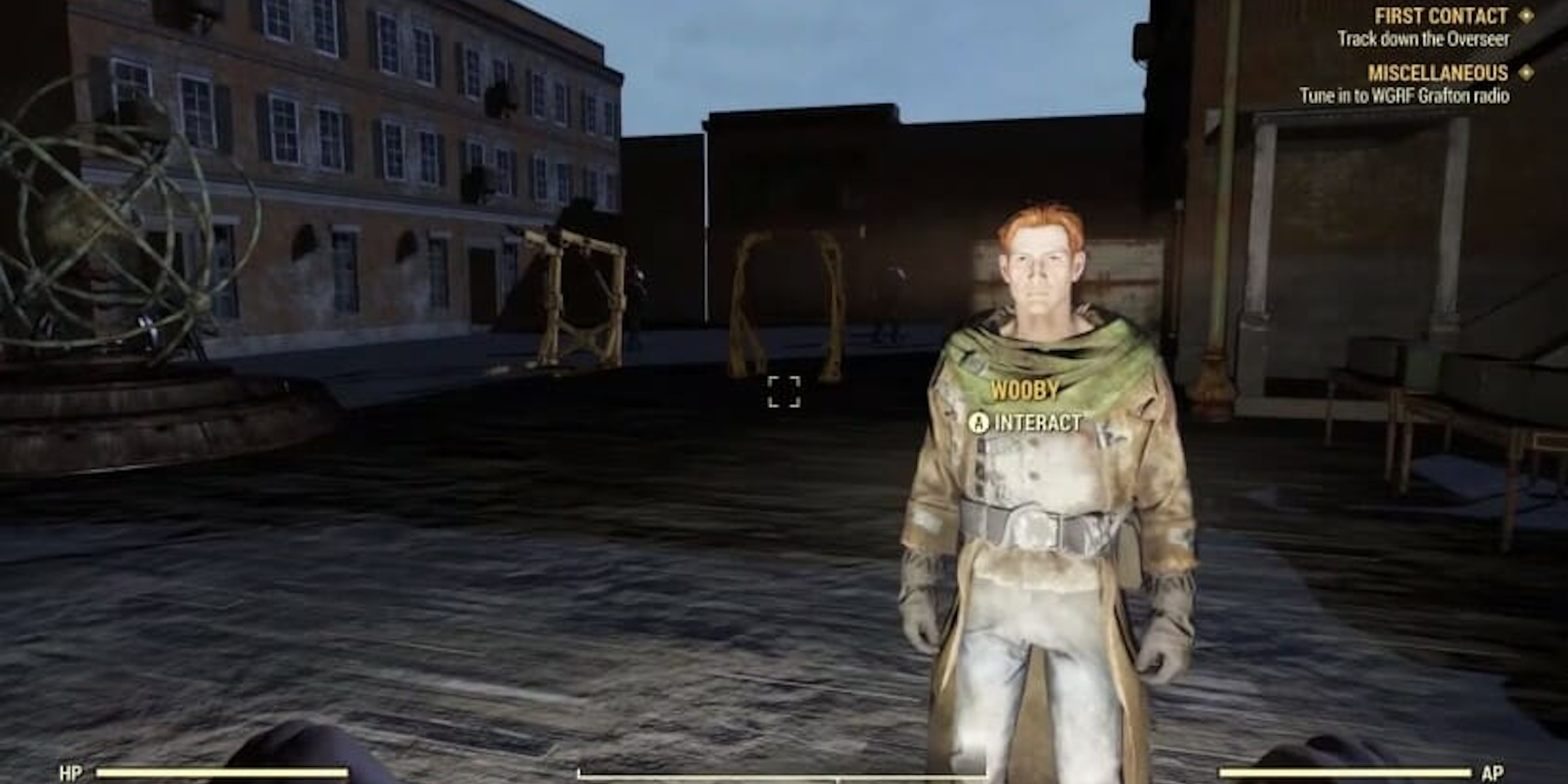 Fallout 76, the first online-only entry in the long running role-playing series, includes a non-player character after all.

The game—which has been derided by critics and players alike due to its marketing snafus, lackluster quality, and frustrating glitches—now appears to have added one more strange thing to its store: a secret “developer room” that’s home to an NPC named Wooby.

One of the hallmarks of Fallout 76, at least according to developer Bethesda, is its refusal to incorporate quest-giving or story-advancing NPCs, instead featuring snippets of story hidden around the game’s terminals and audio logs to give players the sense that they’re immersed in a living, breathing world (for better or for worse). Sounds weird, right? Take a look below.

The weirdest part of the story isn’t the developer room, however. Previous Bethesda titles like Fallout 4 and Skyrim have been known to feature them. They offer ways for developers to store additional assets and pop in for testing once in a while in a live game environment. But typically, they’re only accessible by inputting a number of special commands. “Console commands,” as they’re called, allow quick tweaks and access to the room. Fallout 76 doesn’t have them, but players found a way in anyhow.

Wooby is indeed the oddest part of this developer room. The strange NPC just hangs there. It’s possible he could have been added into the game for Bethesda to test how NPCs could fare in a game that’s so famously decried them, but the developer has kept mostly mum on the situation.

How did he get there? Why can we only hit him instead of showing him love? Can he speak? What’s Wooby’s story? People want to know. And people love him, because he’s a Very Good NPC Boy.

Wooby is a lone NPC, incarcerated against his will in the Fallout 76 developer room.

He is unethically tested on by the evil corporation @BethesdaStudios, and deserves to be set free!#FreeWooby#Fallout76

…I wanna know more about Wooby and why he has been exiled to this pocket dimension of a room. #FreeWooby

Poor Wooby, trapped in and empty world only to be beaten and killed over and over

This poor, sweet summer child, destined to be alone. No one can find him, and when they do, they can’t pull him out, talk to him, or even show him any kind of love. He deserves more!

Aside from Wooby, there’s also a box in the room called “All Scrap,” previously-unreleased Power Armor colors, and just about every weapon available in the game. These include the Atom Cat, Winterized, and Military skins, and people have even started trying to sell them on eBay.

According to Eurogamer, Bethesda has been issuing automatic account bans for anyone who accesses the room and visits Wooby, so if you’re planning on having some fun with Fallout 76‘s best boy, you might want to reconsider. The bans reportedly last anywhere from two to 24 hours—making it even harder for Wooby to make friends, sadly.

There are plentiful secrets in Fallout 76’s developer room, most of which revolve around Wooby, but it looks like we’re not going to be able to figure out anything substantial about the room just yet. Hopefully Bethesda offers more information on what’s going on hereand lets us know, at the very least, the developer room’s purpose.

Maybe they can give Wooby a friend, too.