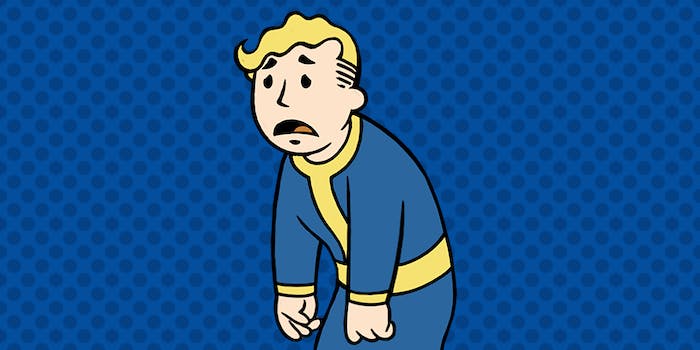 A bug in the support website of video game publisher Bethesda temporarily exposed the private information of Fallout 76 users.

News of the issue first began to spread Wednesday after a Twitter user noticed that she had inadvertently been given access to other customers’ support tickets.

“@Bethesdasupport I am receiving other people’s support tickets on my @bethesda account,” Jessie Tracy tweeted. “I have numerous other people [sic] receipts for power armor set that includes their email & home address and the type of card used. This is not good, right? #Fallout76.”

@BethesdaSupport I am receiving other people's support tickets on my @bethesda account. I have numerous people receipts for power armor set that includes their email & home address and the type of card used. This is not good, right? #Fallout76 pic.twitter.com/KUpGCNfIF0

Others across social media likewise noticed the issue, revealing that they had not only been given access to data such as private phone numbers but the ability to open and close tickets.

“I am a gleeful vault dweller as yourselves and as of this moment I am receiving every single one of your support tickets on my Bethesda account,” Reddit user Jessiepie wrote. “Mostly it’s your receipts for you power armor set requesting a new bag. These receipts contain all your info. Your email and home address and the card you used to buy this extremely glitched game.”

Bethesda initially responded on its official forum, stating that the issue had been resolved, before releasing a statement on Twitter.

“We experienced an error with our customer support website that allowed some customers to view support tickets submitted by a limited number of other customers during a brief exposure window,” Bethesda said. “Upon discovery, we immediately took down the website to fix the error.”

The statement also went on to stress that “no full credit card numbers or passwords were disclosed.”

“Bethesda takes the privacy of our customers seriously, and we sincerely apologize for this situation,” the company said in closing.

It is currently unknown how many people were affected by the vulnerability.

The incident comes amid numerous other problems facing Bethesda over Fallout 76. A previous bug in the beta version deleted the game from users’ computer hard drives before they could even begin playing.