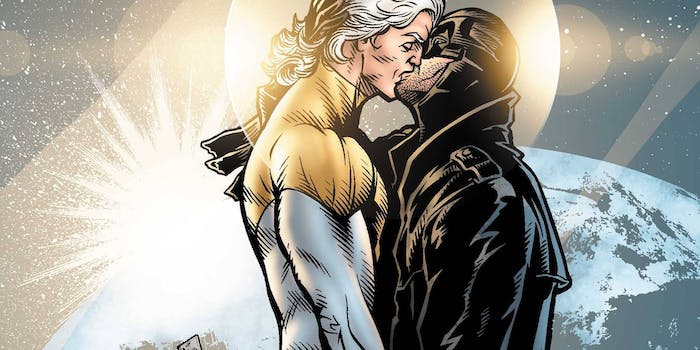 Apollo and Midnighter, two of the most iconic queer superheroes in the DC Comics pantheon, will return for a new joint series this fall.

Announced in New York Times, the new comic will be written by Midnighter scribe Steve Orlando and drawn by Fernando Blanco, with cover art by ACO. Continuing on from the recent Midnighter solo series, which concluded last month, Orlando says the two characters now “have a firmer idea of who they are, and they’ve become stronger and more confident together.”

Apollo and Midnighter were created by Warren Ellis and Bryan Hitch in 1998, originally appearing in the DC/Wildstorm comics Stormwatch and The Authority.

They’re among the first openly queer superheroes in mainstream comics and are often compared to Batman and Superman: Midnighter as a black-clad action hero with exceptional tactical skill, and Apollo due to his solar-powered super strength and ability to fly. They got married and adopted a child during The Authority and appeared in various comics after DC’s New 52 relaunch in 2011. This is the first time they’ve headlined a comic by themselves. 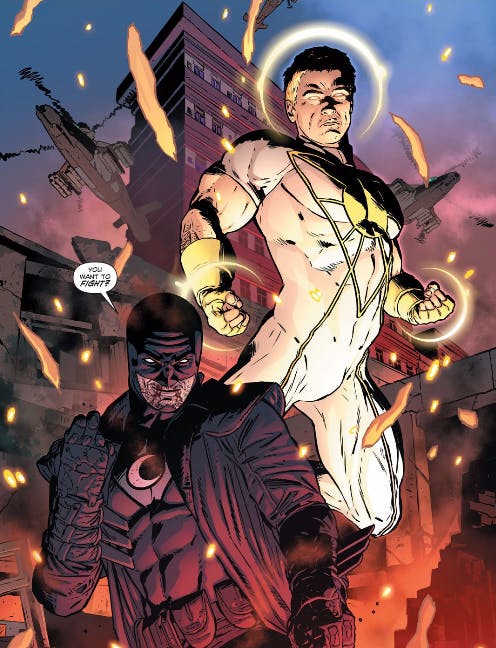 The recent Midnighter solo series was an underrated gem among DC’s new titles last year, combining gorgeous, action-focused art with a mature exploration of Midnighter creating a life for himself without Apollo. (Although as you can probably figure out, Apollo does eventually come back into his life.)

When the new Midnighter series was discontinued after its first 12-issue story arc, fans feared that Apollo and Midnighter would be relegated to background roles for the foreseeable future. A joint Midnighter & Apollo series from the same writer and cover artist is welcome news, especially given the dearth of LGBT protagonists at Marvel and DC.

Midnighter & Apollo #1 will be published on Oct. 1.