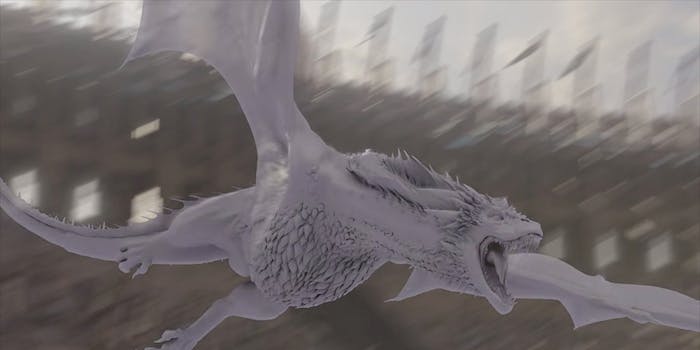 Daenerys Targaryen may have dropped the flaming mic on the fifth season of Game of Thrones by riding out of Meereen on a dragon, but it wouldn’t have been possible without the stunning work by the show’s visual effects crew.

Like “Hardhome” just before it, the people who worked on the final scenes of “The Dance of Dragons” had a nearly impossible task ahead of them. They had to build Daznak’s Pit off of the bullring of Osuna, fill it with thousands of people along with a few hundred extras, show some extras getting burned and eaten, and create a Drogon that’s not only realistic but menacing as well.

And as much as people ribbed how similar Daenerys’s flight was to The Neverending Story, the results are just as breath-taking as we imagined the scene in the book.

Just give the visual effects team all the Emmys already.