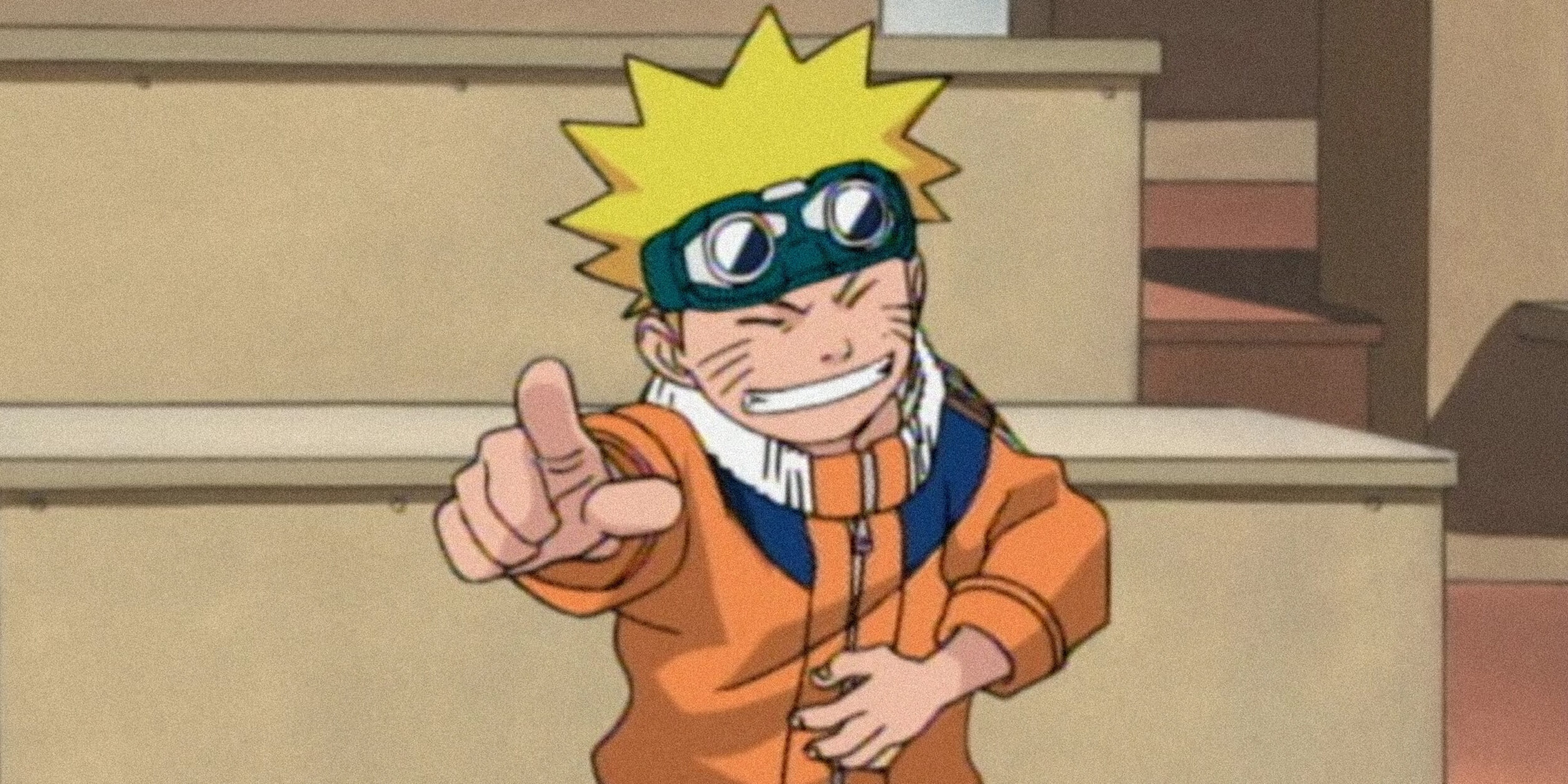 A look back at Toonami, 20 years later

We can't believe it's been two whole decades.

It was 20 years ago this spring that Toonami helped bring anime out of the shadows of video store back aisles and made it an integral part of an entire generation’s coming-of-age tale.

Similar to other niche products of nerd culture, anime was once almost exclusive to its cult following. While a handful of Japanese animated movies made it to the United States in the 1980s, attempts to bring anime to the West often left a lot to be desired. Fans had to turn to limited video store collections and hand-to-hand exchanges to find new shows.

That culture of anime viewing in America was flipped upside down when Toonami offered up the genre to anyone with cable television and an appetite for something different. On March 17, 1997, Toonami introduced a new programming block on Cartoon Network with a specific focus on action cartoons to replace Super Adventures. Given that nobody was doing action like popular anime at the time, Toonami co-creators Sean Akins and Jason DeMarco jumped at the opportunity to show fans something many had never seen before.

Cartoon Network brought DeMarco, a recent college graduate working as a production assistant for TNT, over to help kickstart the process.

“In the beginning it wasn’t glamorous,” Akins, executive producer of Toonami, told Complex. “There was literally no money to do anything. We always felt the need to knock it out of the park whenever we were given the opportunity because we didn’t know how many we would get. We were definitely doing everything we could to make our numbers and be successful.”

When it first started, Toonami’s action lineup leaned heavily on old Hanna-Barbera cartoons. But DeMarco and Akins had spent years picking up any anime videos that looked interesting from Akira to Vampire Hunter D, and they had a feeling the genre could be a perfect fit.

The first anime series aired on Toonami were Robotech, a childhood favorite of DeMarco’s, and Sailor Moon. The warm reception to these shows and later additions signaled a change in the kind of programming American viewers, especially young ones, were interested in. It wasn’t long before this piqued interest grew and turned into a massive fanfare culminating around the success of mega-sensation Dragon Ball Z.

“The key moments were when we got Sailor Moon, that’s when we noticed the ratings picking up, and, of course, when we got Dragon Ball Z. That’s when we really noticed,” DeMarco told the Daily Dot. “The way we discovered that people were really interested, besides ratings, was that people started calling us to try to write about it. You know, writers from places like the Wall Street Journal who never had even thought about talking about anime before were reaching out to say, ‘What is this thing you’re selling?’”

At the time, American audiences had never seen anything like Dragon Ball Z. The series was full of incredible fight scenes, constant character growth, and nods to traditional anime tropes that they’d learn to appreciate over time. DeMarco even recalls instances where he’d go out in public while wearing a Toonami T-shirt, and he’d be approached by fans asking when the next installment of the show would air.

While shows like Robotech and Sailor Moon opened the door for anime to find its way into living rooms across the country, DBZ played a major role in fully bridging the gap and making the genre a mainstay of American television to this day.

Soon, schools were full of kids impersonating Goku’s trademark Kamehameha wave and carrying lunch boxes covered with their favorite Sailor Soldier. The gamble was working out so well for the network that half Toonami’s programs were anime titles by August 1998.

Two years later, Toonami gained an extra hour of programming to make even more room for anime. Shows like Gundam Wing, Tenchi Muyo, and Ronin Warriors rounded out the schedule to give viewers as much as two hours of anime every weekday after school. Regular marathons of Dragon Ball Z kept fans sharp as they waited for the release of the next saga.

The floodgates were officially open, and the demand for more anime titles in America was steadily growing. Anime fandom was no longer a small corner of nerd culture; it was becoming just as mainstream as reading comic books or collecting action figures.

“In the U.S., particularly, if something is a cartoon, it’s either for children or you’re supposed to be laughing—one of the two,” DeMarco said. “And I think anime feels so new to some people, or different, because they could be telling any kind of story. They could be telling romance, horror, intellectual stuff, drama. There’s no limitation to what a cartoon can be in anime. And I think that’s really refreshing to a lot of people.”

Perhaps what helped Toonami most was its ability to keep up with its audience’s growth. The kids who first tuned in to watch Voltron and Thundercats back in 1997 were becoming teenagers and young adults. To match its maturing viewership, Toonami was able to secure the rights to shows with darker tones and higher stakes, such as Yu Yu Hakusho and Ruroni Kenshin. Then in 2004 when Toonami left its weekday afternoon slot and began airing once a week on Saturday nights. It would even show American cartoons with clear anime influences, including Samurai Jack and Teen Titans.

Toonami enjoyed this heyday for a few short years before it was taken off of the air in 2008. For DeMarco and Akins, the cancellation had been looming for quite some time as ratings slipped and Cartoon Network signaled an itch to change directions. American interest in anime hit a fever pitch around the turn of the century, with shows like Pokémon spreading like unbridled wildfire and films like Spirited Away from director Hayao Miyazaki winning Academy Awards, further legitimizing the genre in the U.S. It was a bubble—and eventually it burst.

“I think it was a cross between the wider cultural consciousness moving away from anime and our network having different priorities,” DeMarco told Complex. “So when they moved us to Saturday and they started promoting Toonami less—the writing was on the wall for a good two years. Our bosses were pretty transparent, so it wasn’t a huge surprise when they told us we were going to be canceled.”

It would be four years before viewers got to reconnect with Toonami host and robot space captain, T.O.M., but that chance finally arrived thanks to a now-famous April Fools’ Day prank.

As viewers tuned into their regularly scheduled Adult Swim lineup on April 1, 2012, they were surprised to find an airing of Toonami’s classic lineup instead of the usual shows. The broadcast was followed by a message that read, “Want it back? Let us know. #BringBackToonami.” While fans didn’t know it at the time, the nostalgic prank doubled as a social experiment to test the enthusiasm for bringing Toonami back to the airwaves.

Of course anime never really disappeared from Cartoon Network, even when Toonami vanished. The network’s nighttime program block, Adult Swim, for which DeMarco is now the senior vice president and creative director, was home to contemporary anime series like Cowboy Bebop, Death Note, Bleach, Full Metal Alchemist, Lupin the Third, Inuyasha, and many, many more.

A lot of anime fans had also figured out that Cartoon Network’s offerings were just the tip of the iceberg, and hundreds of new series were premiering in Japan every year. Streaming sites like Crunchyroll made accessing and keeping up with those shows faster and easier than ever.

All the same, many fans remembered that it was Toonami that first introduced them to the action, beauty, and creative storytelling of anime, and they responded positively to Cartoon Network’s hints at bringing it back.

Today, Toonami is a welcome part of Saturday nights that’s almost completely devoted to anime content, with the revival of Samurai Jack filling in as the lone exception. When it comes to picking which shows will air, DeMarco is thankful that he and his staff don’t have to fly blind like they did in Toonami’s early days. Buzz on social media helps them figure out which shows are received well by the public so they can start working on getting broadcast rights.

While it was once one of the only places to find anime in the U.S., Toonami now has to battle other networks and streaming services including Netflix, Hulu, Crunchyroll, and Funimation for rights and viewers.

“We were launching some of these things for the first time,” DeMarco said. “Now, the anime fan of today has so much more access to literally everything the second it comes out in Japan that we’re actually showing stuff a year after it’s premiered in Japan. And lot of the hardcore anime fans are like, ‘Well, I already saw that last year.’ They watch it on Toonami just to see the dub or to have a communal watching.”

It’s hard to look around now and imagine how difficult it was to get your hands on anime just a couple of decades ago. Today, you’d be hard pressed to come across a kid who didn’t at least recognize a picture of Naruto Uzumaki. Everyone from professional football players to rappers can look back and recall memories of watching Toonami in their youth. Some have even stopped DeMarco personally during events like NFL Pro Bowl to talk about growing up on Dragon Ball Z.

If it weren’t for Toonami becoming a part of millions of childhoods in the late ’90s and 2000s, who knows if anime would be as much of a global success as it is today. The luckiest among us can probably still find those bulky box sets and tattered VHS boxes of the past. If anything, they’ll remind us just how far we’ve come to comfortably enjoy one of our favorite forms of entertainment.

“I’m just happy to still be doing this,” DeMarco said. “I can’t believe that Toonami’s been going for 20 years. I’m thrilled that we’re in our fifth year of being back, and I’m hoping we can be around for another 20 years.”