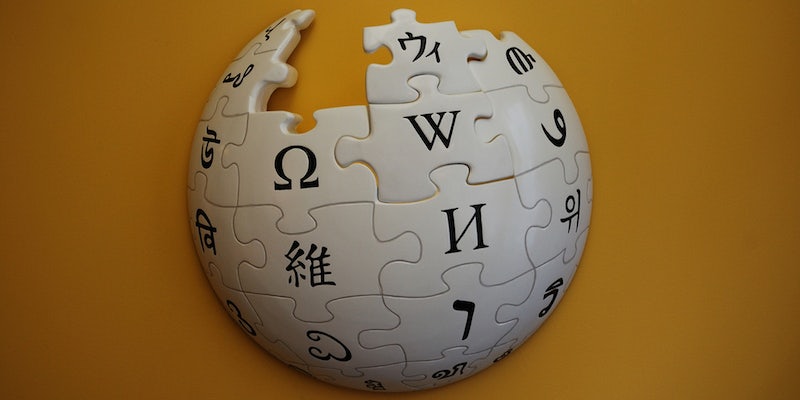 Following a number of scandals in which high-profile Wikipedians have been implicated in paid-editing–a severe, but all-to-common violation of Wikipidia’s staunch internal ethics rules–the community is currently weighing a rule-change designed to enhance transparency.

One of the largest policy debates in Wikipedia history is currently unfolding, sparked by a proposed amendment to the online encyclopedia’s terms of use (TOU), that would require users to “disclose [their] employer, client, and affiliation with respect to any contribution to any Wikimedia Projects for which [they] receive, or expect to receive, compensation.” This disclosure it designed to prohibit users from “engaging in deceptive activities.”

The specifics of this new disclosure rule are still being debated, but would likely require users to include either a statement of affiliation on their personal Wikipedia pages, or a statement on the talk pages or edit summaries of paid contributions.

On the amendment’s discussion page, thousands of users have shared their opinions about the proposed TOU change. It’s a galvanizing issue for Wikipedians, most of whom pride themselves on being able to curate a voluminous reference source that is free from bias.

But as Wikipedia has become one the most visited sites in the world–often topping Google search results–it’s also become an appealing resource for celebrities, businesses, and organizations looking to enhance their online image. Politicians have been accused of having staffers edit their pages to minimize scandal or promote political triumphs. Marketing firms have sought to provide clients with paid contributions by bending Wikipedia law. And recently, a prominent member of the Wikimedia Foundation–a non-profit organization that supports the mission of Wikipedia–was caught flagrantly selling her services as an editor.

This has led some to call for an end to the prohibition on paid contributions. But Jay Walsh, a spokesman for the Wikimedia Foundation, says that’s not what Wikimedia is trying to do in this instance. Walsh told the Daily Dot that the intention of this amendment is not to facilitate paid contributions.

By making affiliations more clear, the amendment, in theory, would give “community members an additional tool to address potential conflict of interest situations.” It’s an argument supported by many Wikipedians. Editors like Formed4 say it would be easier for the community to parse out conflict of issue questions if users metaphorically wore their affiliations on their sleeve.

“Being able to see clearly what’s going on with a page’s politics in the history would be great,” Formed4 wrote.

So far, support for the amendment is outpacing opposition. On the talk page, 1,034 Wikipedians have expressed support for the rule change as of Friday, with hundreds saying the rule should be stronger. Just 272 editors have gone on the record in opposition.

Most of the editors opposed to the new disclosure policy deem it useless and redundant. Knowing the affiliation of an editor, they say, is superfluous to rooting out edits that violate Wikipedia’s Neutral Point of View Policy. The content of the edits themselves should make the absence of neutrality abundantly clear. And editors like Susato argue that the disclosure policy will have no impact on unrepentantly biased editors who already choose to ignore other editorial guidelines.

“[S]ince the rule relies on the honor system, it will discourage ethical contributors while posing no barrier to trolls or liars,” Susato writes.

Debate over the new disclosure rules is ongoing. Walsh says the discussion will continue until later this month, at which point the Wikimedia Foundation staff will present its final recommendation to the board on whether or not to adopt the amendment. The board will then vote on the matter.