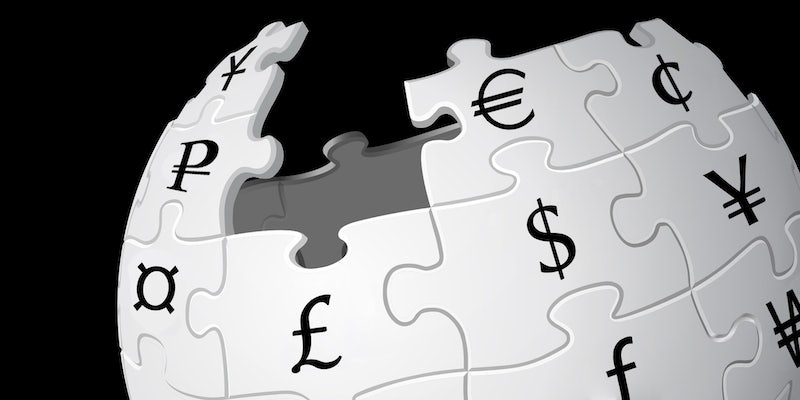 Is Wikipedia’s front page for sale?

The online encyclopedia is currently struggling to address the rise of publicists and marketing agents who turn a profit by generating articles on behalf of their clients.

As the sixth-most visited website globally, Wikipedia is a hot piece of digital real estate. The online encyclopedia is currently struggling to address the rise of publicists and marketing agents who turn a profit by generating articles on behalf of their clients.

“The fact is that Wikipedia’s main page’s multi-millions of pageviews per year are being turned into a commodity by the PR industry,” writes Wikipedia Editor Tim Davenport, who goes by the username Carrite. “That must stop.”

Davenport was referring to this website for Tony Ahn & Co., a marketing firm based out of the Philippines that offers to provide Wikipedia pages for its clients. The company boasts a flawless record of nominating pages to the highly sought after “Did You Know?” section of Wikipedia’s main page.

The company launched a little over a year ago to fill, what its founder described as, “a dearth of people that could craft high quality articles that met Wikipedia’s standards for inclusion.” For a fee, the company will create a 600 to 800 word entry with citations, references, and two client provided photos.

Profiting from the production of Wikipedia content has been a notoriously touchy subject for Wikipedians in the past. Last year, a board member of Wikimedia U.K. (an independent, nonprofit organization that fosters the growth of Wikipedia projects in the United Kingdom) was forced out over a conflict of interest involving his work as a publicist for the British overseas territory of Gibraltar.

But Ahn told the Daily Dot that his firm remains reverent of Wikipedia’s rules.

“We’re very careful to respect Wikipedia’s processes for both article creation and DYK nominations,” Ahn said. “We neither charge extra for a main page placement, nor do we advertise it as something we can do for clients.”

It’s a narrow path to walk for Ahn and his firm. To avoid Wikipedia’s conflict of interest rules, he’s not even directly allowed to post articles that he or his employees have written for profit. Instead the articles for Ahn’s clients are written in a Wikipedia sandbox, then presented to Wikipedians for review. These unpaid editors act as the gatekeepers who decide if an article is up to snuff.

As far as main page appearances in the DYK section, Ahn is quick to point out that none of his clients can pay to have their article placed there. However, he said his firm has a perfect record of nominating pages for DYK appearances that are then independently chosen by other Wikipedians who deem the content worthy.

Ahn sees this kind of semi-sponsored content as essential for celebrities, public figures, and businesses looking to manage their online reputation.

“If you search for Coca Cola, for example, you notice that the Wikipedia entry for Coca Cola is the first website that is not Coca Cola-owned that appears. This is important from an online reputation management standpoint, as ideally one wants every entry on the first page of search results to be about one’s brand. Wikipedia occupying a high slot on page one of search results keeps something else off page.”

Although Ahn’s tactics are—to most—technically within the rules, his business-savvy approach to producing Wikipedia content has ruffled the feathers of many who say his company is violating the spirit of Wikipedia law.

In the discussion of these practices, Wikipedia cofounder Jimmy Wales had sharp criticism for anyone trying to manipulate Wikipedia for profit, singling out Ahn and calling his actions a “disgrace.” Wales has reportedly demanded that Ahn not seek a place on the Wikimedia Philippines board—a suggestion that Ahn has not taken.

“I think you’re incredibly blase about the reputation of the project,” Wales said to another editor trying to defend Ahn’s tactics. “This is completely and entirely unconvincing to me, and would be so to the general public—with good reason. This whole approach to Wikipedia is revolting.”

Not everyone is in agreement with Wales. Ahn has many supporters, who’ve defended him on Wikipedia forums, claiming “he’s always been open about all of his affiliations.”

Some tried to move the debate away from Ahn’s actions specifically, instead raising the questions of whether Wikipedia can remain completely devoid of sponsored material or if it even needs to in order to maintain its reputation.

“Wikipedia is non-commercial, true, but that doesn’t mean to say that commercial interests shouldn’t contribute to Wikipedia as long as content requirements are met,” wrote Wikipedian Prioryman.