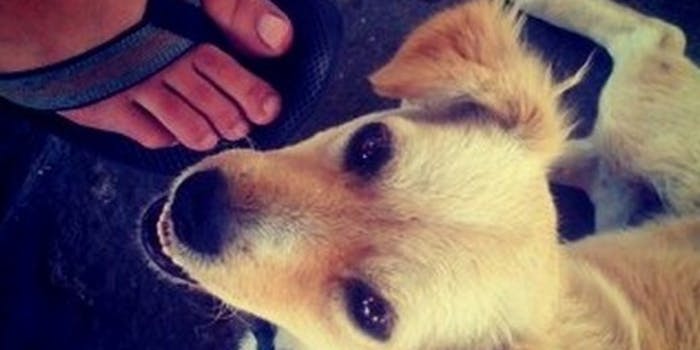 Instagram launched in October 2010, but its first photo was actually posted months before.

Though Instagram was released in October 2010, the very first Instagram photo was actually uploaded on July 16, 2010—three years ago today.

Instagram has come a long way from those early days. More than 130 million users have shared more than 16 billion photos over the past three years. Facebook, of course, bought Instagram last year in a deal worth about $740 million.

The community has captured revolutions in Egypt and mass protests around the world. Users have shared scenes of destruction from tornados and Superstorm Sandy. Instagram has take us inside a South Sudan refugee camp North Korea, and the One Direction fandom.

Instagrams have been featured on the front page of the New York Times. The service has had its share of controversies, ranging from sexism to drug use and gun play to apparent homophobia.

The app now has a video-sharing feature too, which was used to post more than 5 million videos within its first day.

Instagram is a very big deal. And it all started with a snap of a cute dog at a taco place on the Baja California coast.

Instagram got its start as part of Burbn (named for cofounder Kevin Systrom’s affection for whiskeys and bourbons), a Web app that also let users make plans with friends and check in at locations. While Systrom and partner Mike Krieger doubled down on the photo-sharing aspect that eventually became Instagram, they tested some photos in an app they called Codename.

It was shared by Systrom, who said it was snapped at Chilako Tacos in Todos Santos, Mexico. What appears to be the second Instagram photo seems to also have been taken there.

As life rumbles on, it’s important to take stock once in awhile and look back on where we’ve come from. The Instagram community is colossal, and it all began, as many good things in life do, with an adorable pup.