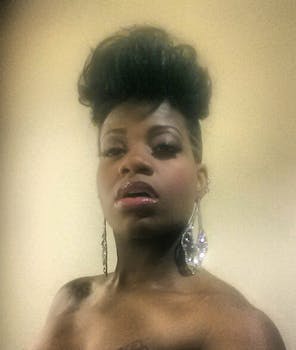 The singer and winner of "American Idol" season 3 is taking flak for a strange photo caption that talks about legalizing marijuana and gay marriage.

After being slammed for making anti-gay comments, former American Idol winner Fantasia Barrino is now claiming everyone misunderstood her. Its a lot that going on that the Bible speaks about we should Not be doing. Weed legal in some places, Gay Marriage Legal BUT YET IM JUDGED!! Im not doing Nothing for you… My Life!!!!

The blowback was swift. Some wondered what the “judged” portion of her rant meant. A writer for Towleroad, a prominent gay blog, wondered who was doing the judging: “An invisible jury? Ghosts of American Idol contestants past? … She thinks that judgmental shade should be thrown at the people legally getting married and legally smoking dope.”

Despite including the legalization of weed and gay marriage in some states as reasons for society’s faults, Barrino’s management is now doing damage control. In a statement late Tuesday—in which the photo-sharing app is misspelled as “Intragram”—her management wrote that Barrino loves the gay community:

Comments made by Ms. Barrino through her Intragram [sic] account were recently taken far out of context, and the purpose of this release is to set the record straight. Ms. Barrino is not now, nor has she ever been an opponent of the LGBT community. She has supported and performed at numerous events that are sponsored by the LGBT community. Whether it’s through a live performance or placement on social media, Ms. Barrino uses every opportunity to reach out and connect with her fans, all of her fans.

What does the Bible have to say about damage control?