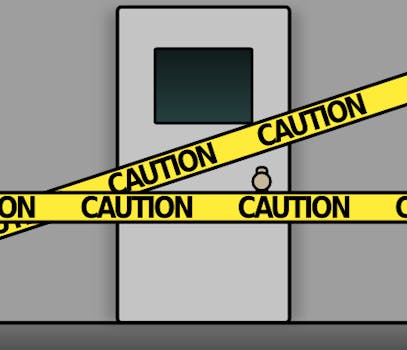 A popular and controversial Reddit moderator went offline after learning Gawker planned to reveal his identity.

Stories from Gawker Media have been banned in at least three major Reddit forums after the community discovered that the identity of one its most controversial users may be revealed in an upcoming Gawker profile.

The popular media organization has had its stories banned in subreddits like r/entertainment, r/gaming, and r/politics, a default group visible to non-registered users. These three forums have about four million readers combined.

The banning comes after news broke Wednesday that Gawker writer Adrian Chen had been digging into the background of Reddit user violentacrez for an in-depth profile.

As moderator of about 400 subreddits, violentacrez had become known for controlling shock forums like r/picsofdeadkids, r/nazi, and at one time, r/jailbait.

The controversial forum r/jailbait garnered national attention a year ago when CNN’s Anderson Cooper criticized Reddit for not banning the subreddit, which featured sexually charged but non-nude images of mostly underage girls.

r/jailbait was shut down the forum about a week after Cooper’s segment ran.

Aside from his moderator duties, violentacrez was also known for posting graphic content on his own. In August 2011, he posted an animation of a partially clothed woman being brutally beaten by a larger man as a way to rile up the community and test its resolve.

“People take things way too seriously around here,” violentacrez told the Daily Dot in an exclusive interview more than a year ago. “I was not surprised by the outrage of the person who made the post, because I see it all the time. What was surprising was the community support for it. Most posts that complain about these things never do very well, and are quickly buried or deleted. …I think it’s interesting how many people defend my right to act the way I do, while decrying my posts themselves.”

Violentacrez’s sudden disappearance caused an uproar around Reddit, with some users claiming that Chen wanted to reveal violentacrez’s real identity. The Daily Dot has reached out to Chen for comment.

“No matter how you feel about Violentacrez he still doesn’t deserve to have his life ruined because someone is trying to make money at the expense of him and his family’s livelihood,” redditor I_RAPE_PEOPLE_II commented.

Today more than seven different subreddits banned links to stories from Gawker in solidarity with violentacrez, despite the fact that most regular redditors refuse to click on links from the media network to begin with.

One other controversial subreddit violentacrez moderated was r/creepshots, a forum featuring suggestive photos of women taken in public. The subreddit got one substitute teacher fired for allegedly posting a photo of a student on the site. He was let go after a group of Reddit justice seekers anonymously tipped off the police to the teacher’s activities, Jezebel writer Katie Baker reported. One of the female members of this group started a Tumblr blog called “Predditors” to seek out and expose r/creepshots users “she considers sexual predators,” Baker added.

r/creepshots went private Wednesday after moderator CreeperComforts was threatened with having his identity revealed by a group of anonymous users.

Today r/creepshots was officially banned—although similar subreddits have quickly popped up in its place. The Predditors Tumblr has also been shut down.