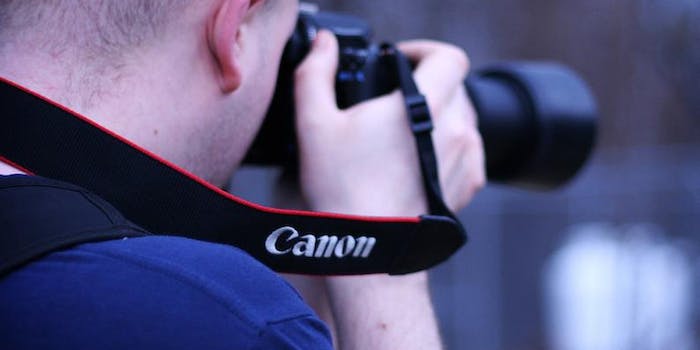 Reddit's little-known r/creepshots subreddit, devoted to candid photos of women, is getting a lot of attention today.

A substitute teacher in Georgia has been fired after he was found posting suggestive photos of students on Reddit.

The substitute for East Coweta High in Sharpsburg, Ga., was fired after at least one underage student complained that inappropriate photos of her had been posted to Reddit’s r/creepshots group.

“As a dad, I don’t want to say too much of what I would like to do, but you know, you have to let the authorities, hopefully have confidence in them that they will do the right thing,” parent Steve Bedrosian told a Fox News affiliate.

It is unclear whether the teacher, who has not been identified, will face criminal charges.

Reddit’s r/creepshots has more than 9,000 subscribers. The group is a place for people to post candid photos of women in public that depict a “natural, raw sexiness of the subject without their vain attempts at putting on a show for the camera,” says the group in its description. One of the moderators of the group, POTATO_IN_MY_ANUS, chastised the substitute teacher and reminded the community to only post photos of women who look over 18.

“People constantly have their pictures taken, without their consent, and used in publications without their knowledge. When you are outside and in public space, you do not have a reasonable expectation of privacy,” wrote the moderator. “There is nothing illegal about this subreddit, whatsoever. Creepy, sinister, skin-crawling and generally downright distasteful… yes. But nothing illegal.”

As a result of all the media attention from the likes of the Guardian and New York Daily News over the existence of the subreddit in general, traffic to the group has spiked. On Monday alone the group collected more than 579,000 visitors.

CORRECTION: A previous version of this story claimed the teacher had been arrested. This is not the case. At this time, it is still unclear whether he will face any charges.