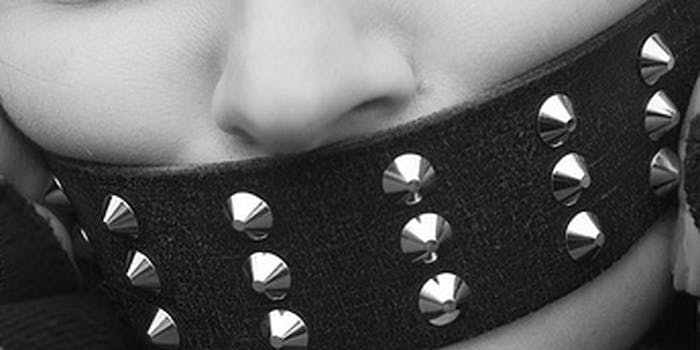 Unsavory forums full of images of violence against women disturb users on Reddit.

The regulars on social news site Reddit are known for their generosity and sense of humor. But the community also has a dark side: Small, little-known corners of the site where users post pictures of dead children, deformed genitalia, and violence against women.

Redditors sometimes spot this unsavory material—and use the site itself to highlight other redditors’ bad behavior, in a remarkable example of how Reddit polices itself. On Wednesday, one of these self-critiques made it to the homepage.

The post, titled “These are real women. These are real crimes. Make this stop, reddit,” linked to the /r/beatingwomen subreddit and an image of a partially clothed woman being brutally beaten by a larger man. The subreddit is a place where misogynistic and violent images are shared.

In just a few hours, the post collected 3,312 comments and almost an equal amount of upvotes and downvotes. (It’s not clear what those votes mean. An upvote normally expresses agreement, interest, or approval, and a downvote the opposite; but in the context of a link like this, it’s not clear whether an upvote indicates agreement with the original poster’s opinion or a thumbs-up to the distasteful content the post highlighted.)

“This is the other half of free speech, the kind people don’t like to talk about, but that’s the most effective,” wrote Dawggoneit. “The content on /r/beatingwomen is awful, but use it as an opportunity to do some good towards preventing violence, instead of an opportunity to censor and hide the awful truth of this reality.”

“People are always ready to fight against censorship until they see something they don’t like. Then they become the ones wanting to censor it,” onecomment wrote. “You don’t like it, neither do I, so don’t go there, and don’t be a hypocrite.”

The person who posted the image to r/beatingwomen was violentacrez, a Reddit superuser who moderates more than 250 subreddits (including /r/beatingwomen and /r/picsofdeadkids), and loves getting people riled up.

“People take things way too seriously around here,” said violentacrez in an exclusive email interview with The Daily Dot. “ I was not surprised by the outrage of the person who made the post, because I see it all the time. What was surprising was the community support for it. Most posts that complain about these things never do very well, and are quickly buried or deleted. …I think it’s interesting how many people defend my right to act the way I do, while decrying my posts themselves.”

When it comes right down to it, this sort of content, albeit controversial, is protected under freedom of speech, said Roy Gutterman, the director of the Tully Center of Free Speech at the S.I. Newhouse School of Public Communications, in an interview with The Daily Dot.

Even if there were regulations on violent images, Reddit would have considerable protection from any legal action. Under Section 230 of the Communications Decency Act, sites like Reddit have immunity from lawsuits directed toward content posted by its users. Courts have ruled that Web publishers can retain Section 230’s protections even if they remove or edit content.

So Reddit could elect to do more than it does. At the same time, it’s under no obligation to edit or prescreen content.

Even though this content is protected under law, that doesn’t mean people should use it as an excuse for these sort of posts, said Jessica Mack, senior editor at Gender Across Borders, a blog that discusses issues or race, gender and sexuality, in an email interview with The Daily Dot.

“Free speech is important and I support the concept wholeheartedly. But that freedom is also constantly used as a shield for hate, which is sleazy,” Mack said.

About a month ago, Reddit general manager Erik Martin addressed the freedom of speech issue in a post about about two other controversial subreddits, /r/jailbait and /r/picsofdeadkids. Even though he was personally disturbed by these groups, Martin said, he recognized that it was not Reddit’s place to censor its users.

“We’re a free speech site with very few exceptions (mostly personal info) and having to stomach occasional troll reddit like /r/picsofdeadkids or morally questionable reddits like /r/jailbait are part of the price of free speech on a site like this,” he wrote.

The best thing about Reddit is that it provides its users a forum to ask those moral questions about free speech.