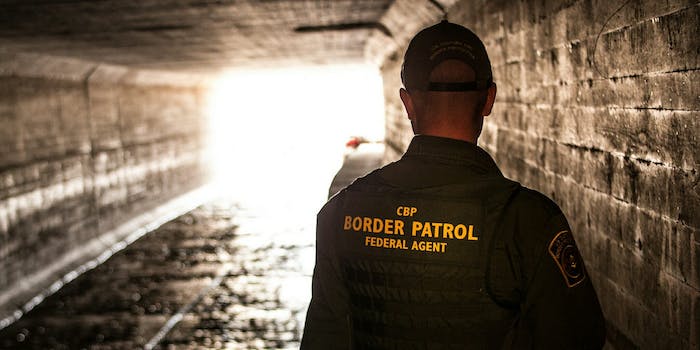 The U.S. government now wants to deploy ‘hunter-killer’ drones at the border

The U.S. government hopes to deploy MQ-9 Reaper drones to the Mexican border for intelligence and surveillance, as part of President Donald Trump’s never-ending quest to assert there is a “crisis” in the region.

The Reaper, a “hunter-killer” drone being used to phase out the MQ-1 Predator, is what the U.S. is using to currently bomb Afghanistan.

The possibility of using the new drones at the border came up at a hearing of the House Homeland Security Committee in July. “I think there will be a time in the future for the Reapers to be flying,” National Guard Maj. Gen. John F. Nichol had said. National Guard and Border Patrol officials did not tell the committee whether these drones at the border would be armed.

President Trump ramped up his efforts to fight “illegal activity on the southern border” in April when he signed a memorandum deploying thousands of National Guard troops to the region. The deployment has been met with criticism from those questioning the necessity and the cost; especially considering migrants have been “illegally” entering the country at the lowest rate in nearly five decades. Several members of the House have questioned Border Patrol officials on when the deployment might end, and Brandon Judd, the head of the National Border Patrol Union, went so far as to call the move “a colossal waste of resources.”

While the deployment of drones is a supposed way to reduce the number of National Guardsmen at the border, the Cato Institute released a study in May that found drones would contribute little to border security. “From 2013 to 2016, the U.S. Border Patrol attributed fewer than 8,000 of its 1.7 million apprehensions to drones,” the study states. Citing cost and privacy concerns, the study indicates that the negatives outweigh the positives.