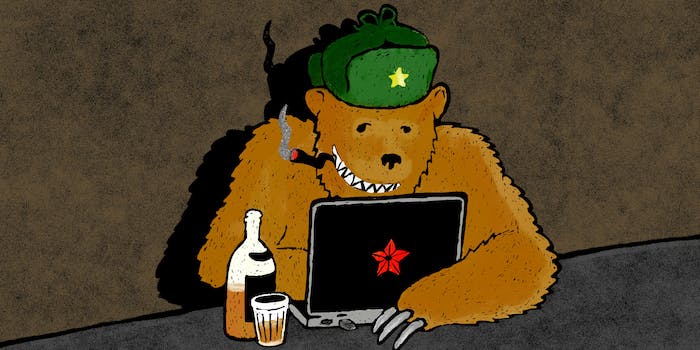 The strange failures of the Petya ransomware attack

Why would hackers launch a ransomware attack that's bad at making money?

As security and software vendors scramble to contain the spread of the Petya ransomware virus, analysts are speculating over what the attackers meant to accomplish by initiating the outbreak.

Ransomware is a money-making virus that encrypts the files on victims’ computers and locks them out until they pay out to obtain the decryption keys. In 2016, cybercriminals netted about $1 billion from ransomware attacks.

But if the motive behind the Petya ransomware attacks was financial, it was far from a success.  According to the Twitter bot that tracks bitcoin payments made to the address tied with the Petya ransomware, the attackers have so far netted little more than $10,000 in 46 payments, not a lot for an attack that has made the headlines across the globe and affected thousands of computers.

However there are many signs indicating that the attackers were more interested in causing targeted mayhem and disruption rather than raising money.

As we previously covered on DailyDot, the malware and the attack was carefully designed to cleverly spread across networks, even on computers that were patched up and secure. The developers of Petya avoided many of the mistakes of its recent predecessor, WannaCry, which caused a widespread outbreak last month, by using several techniques to propagate the virus across network and not incorporating any kill switch in the malware.

But as much as Petya’s launch and spreading mechanism are ingenious, the payment mechanism is poorly designed. Ransomware attacks usually assign unique Bitcoin wallets to each infected computer in order to automate the payment and key delivery process. But the Peyta attackers have used a single Bitcoin address for all payments, which means decryption key delivery has to be done manually—not a wise choice for a virus that is destined to infect tens and possibly hundreds of thousands of computers. It will make also it much easier to trace the attackers as they move their money.

Moreover, the ransomware message that was displayed on infected computers contained an email address that victims had to contact with proof of payment in order to get their decryption keys. Unsurprisingly, the company that hosted the email account shut it down, which means victims are no longer able to recover their files. This is something that the cybercriminals should’ve seen coming.

Given those facts, some experts believe that the real purpose of the attack was to destroy the files on targeted computers. Comae technologies explained how the malware was in fact a wiper—a virus that aims to destroy and damage—in the guise of ransomware. The virus is also being called NotPetya because it differs from the original Petya ransomware.

One of the noteworthy aspects of the attack was the method it was initiated. The attackers hacked the website of Ukrainian accounting software vendor MEDoc and used it as a beachhead to push virus-infected updates on the computers of its users. MEDoc counts among its customers Ukrainian government agencies and large businesses. While ransomware attacks are usually sporadic and aimed at all kinds of users, the hacking of MEDoc gave the cybercriminals a venue to create a more targeted attack aimed at the economic and political infrastructures of Ukraine.

Also of concern is the fact that the attack came on the eve of the holiday marking Ukraine’s adoption of its first constitution in 1996. That could hardly be a coincidence.

A considerable number of computers outside of Ukraine were also affected by the virus, but that can be considered collateral damage when compared to the sheer number of devices that were hit by the attack in Ukraine.

Many indicators point to Russia, which stands accused of leading an aggressive cyberwarfare against Ukraine. In 2015 and 2016, hackers with alleged links to the Russian government hacked the Ukraine power grid and cut electricity in large swaths of the country. Ukraine’s president reported in December that there had been 6,500 attacks on 36 Ukrainian targets in the previous two months.

However, cybercrime attribution is very difficult. Cybercriminals often use tools and techniques that are associated with other hacking groups in order to deceive experts. Experts are reluctant to directly point the finger at the Kremlin, and some described the attack as too blatant and overt to be the work of Russian hacking groups.

We expect more details to emerge in the coming days, but what is clear is that whoever unleashed the Petya outbreak wasn’t after the money. This marks a new chapter in the history of ransomware, a breed of virus that was created for purely financial purposes. With computers and connectivity being incorporated into every device, ransomware is fast turning into a weapon of mass disruption and destruction.