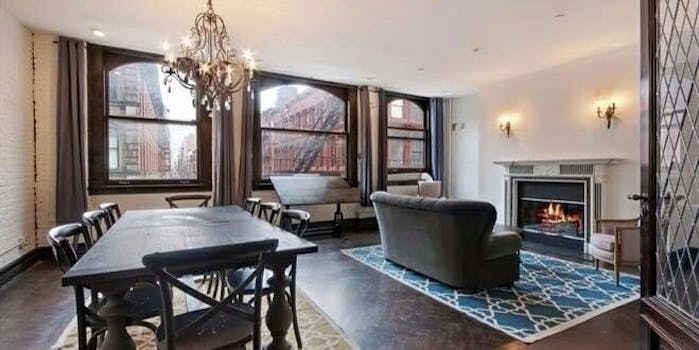 'Manafort used the property from at least January 2015 through 2016 as an income-generating rental property.'

Though it’s likely the least of his Monday problems, Paul Manafort has been accused of using Airbnb to rent out his Manhattan property while still maintaining that he was not using it as a rental property so he could get bigger loans.

Manafort, the former chairman of Donald Trump’s presidential campaign, surrendered to the FBI on Monday after he was indicted on nine charges—including making false statements, conspiracy to launder money, and conspiracy against the United States—in connection with Robert Mueller’s Russia probe.

The full indictment also alleges how Manafort handled a condominium he bought in 2012.

In a section of the indictment titled “Manafort and [Rick] Gates’ fraud to increase access to offshore money,” Manafort is accused of using offshore money to purchase real estate and then take out mortgages on the property so he could have access to liquid money without having to pay taxes on it.

Manafort allegedly bought his condo in the SoHo section of Manhattan for about $2.85 million.

The indictment said, “Manafort used the property from at least January 2015 through 2016 as an income-generating rental property, charging thousands of dollars a week on Airbnb, among other places. In his tax returns, Manafort took advantage of the beneficial tax consequences of owning this rental property.”

The indictment accuses Manafort of applying for a mortgage on the condo, and since the bank would allow a greater loan amount if it was occupied by the owners and not by Airbnb renters, Manafort told the bank that it was a secondary home used by his daughter and son-in-law. The bank then gave him a loan of $3.185 million.

The home is no longer listed on the Airbnb site, but as the Verge points out, the Corcoron real estate website has the property listed for $14,200 per month.