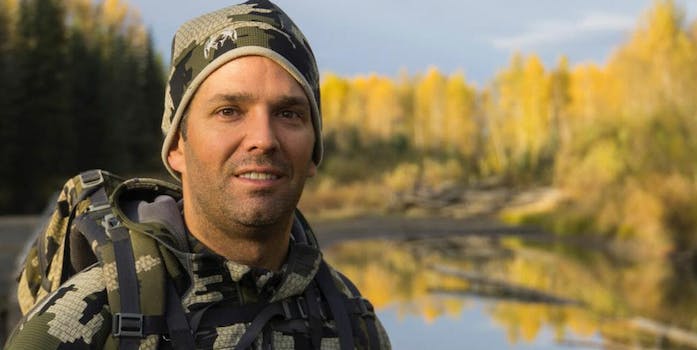 Donald Trump Jr. posts about people calling him a ‘DILF,’ and the internet cringes

Donald Trump Jr. likes it when people reaffirm their physical attraction to him. He likes it so much that if you compliment him on how hot he is or you call him a DILF, he very well might Instagram it. The son of President Donald Trump on Friday shared a screenshot of Instagram followers complimenting him on his physique, with two commenters claiming to be LGBT and still attracted to the 40-year-old Republican.

And Don Jr. loved it.

Yes, this is normal.

“Ok this is what was going on on my Instagram account last week,” Trump Jr. wrote on the Instagram post’s caption. “Pretty amazing and also pretty funny. All welcome here. Thanks for the laughs and the compliments guys. 🇺🇸🤣🇺🇸🤣🇺🇸Looks like we are the party of inclusion. #inclusion #diversity.”

For the record, the Trump administration has twice failed to acknowledge June as Pride Month, a celebration of LGBT culture.

So the bottomless chasm of a desperate need to be adored was inherited from his dad, I see.

Donald Trump Jr. is currently coming off of a messy divorce from his wife Vanessa Trump. News has since broken that former Fox News’ The Five host Kimberly Guilfoyle is dating the Republican. Guilfoyle unceremoniously left Fox News just this week, amid early rumors of her relationship with the President’s son. Guilfoyle—who was married to California Lt. Governor Gavin Newsom, a Democrat, for four years—will also be joining a new Super PAC supporting Trump’s agenda.

Instagram isn’t the only social media platform the Trumps are using to spread their message. A recent report showed that Facebook founder Mark Zuckerberg made a private call to then-President-elect Trump to congratulate him on his win.