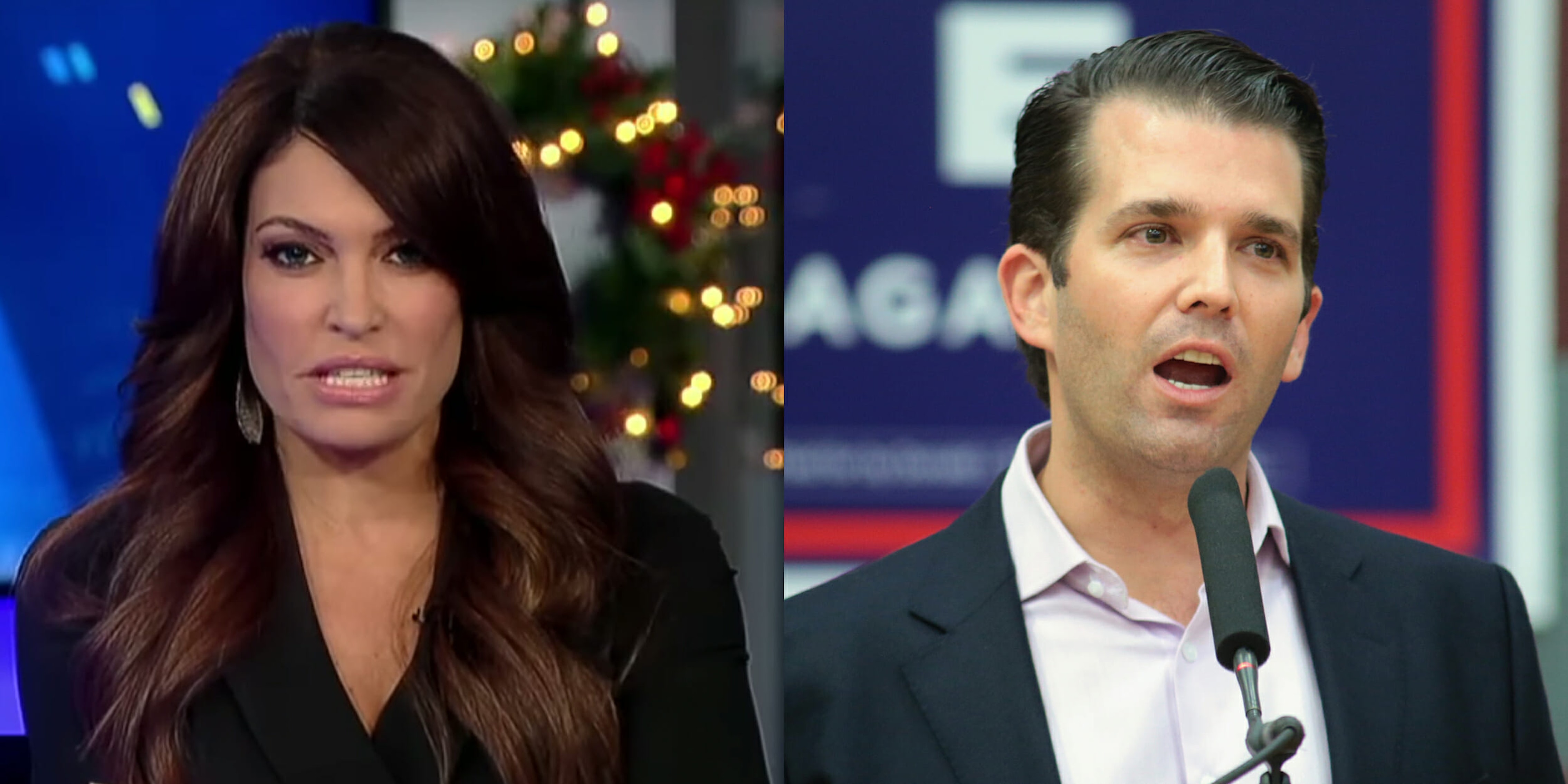 It's sort of like a telenovela, but with the people helping govern our nation.

Multiple sources have confirmed that the pair have been dating for “several weeks,” according to Page Six. Trump’s 12-year marriage screeched to a halt earlier this year when it was revealed he’d been unfaithful in the past, with former Apprentice contestant O’Day. O’Day released a SoundCloud single called “DTJ,” not-so-subtly sharing her perspective on her old flame. Since Vanessa Trump’s filing for divorce, though, it appears that Don Jr. has started spending time with Guilfoyle.

Guilfoyle is a former attorney and co-hosts The Five on Fox News. She was once considered for the White House press secretary position but ultimately turned it down to continue her Fox contract, which is how we ended up with Sean Spicer and Sarah Huckabee Sanders. Guilfoyle’s ties to the White House don’t end there, though. She was also briefly romantically linked to former Trump communications director Anthony Scaramucci last fall, though he has since reconciled with his estranged wife. It’s sort of like a telenovela, but with the people helping govern our nation.

According to Page Six, the pair has been spotted socializing around New York together, attending dinners and social functions.

“Don Jr. and Kimberly are seeing each other, and are having a great time,” a source told Page Six. “While he wants to respect the privacy of his family, he is getting divorced, and he enjoys Kimberly’s company.”

Who says love is dead?