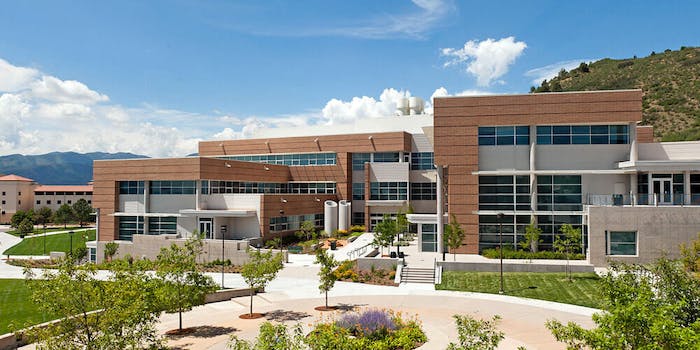 Images of over 1,700 people captured as part of government-funded program.

College students in Colorado were secretly photographed beginning in 2012 as part of a government-funded facial recognition project, the Colorado Springs Independent found.

The project, led by Dr. Terrance Boult, a professor at the University of Colorado at Colorado Springs, captured more than 16,000 images of 1,732 individuals between February 2012 and September 2013.

The camera used in the project was placed next to an office window and snapped images of anyone walking by, including students and faculty members.

Government agencies including the Office of the Director of National Intelligence, Special Operations Command, and the Office of Naval Research aided the project financially in an effort to enhance the technology.

Many of the photos were purposely of low-quality and showed students looking down at their phones and out of focus. The goal was to be able to accurately identify individuals in less than ideal settings.

The dataset was eventually posted online and made downloadable in 2017 but was removed last month. Boult says he purposely waited until all photographed students had graduated before making the content available to the government and other private entities.

Jared Verner, a spokesperson for the school, defended the project and asserted that it had been approved ahead of its launch.

“The research protocol was analyzed by the UCCS Institutional Review Board, which assures the protection of the rights and welfare of human subjects in research,” Verner wrote. “No personal information was collected or distributed in this specific study. The photographs were collected in public areas and made available to researchers after five years when most students would have graduated.”

According to the Denver Post, given that facial recognition technology can often misidentify individuals, Boult has argued that the students’ faces are being used for the greater good.

“As long as the systems are bad, their potential misuse is consistent,” Boult said. “If police use them and they match the wrong person, that’s not good. Our job as researchers is to balance the privacy needs with the research value this provides society, and we went above and beyond what was required.”

Boult also said any former student concerned that their photograph may have been captured can “come and sit in my lab and go through the thousands of photos” to have them removed, although it remains unclear how that would affect the government agencies who have already downloaded the dataset.

The news comes amid a growing national debate over the use of facial recognition technology. Just last week Republicans and Democrats in D.C. collectively criticized the surveillance tool during a House Oversight and Reform Committee hearing.

San Francisco even became the first city in the country to outright ban the use of facial recognition by local government agencies earlier this month.