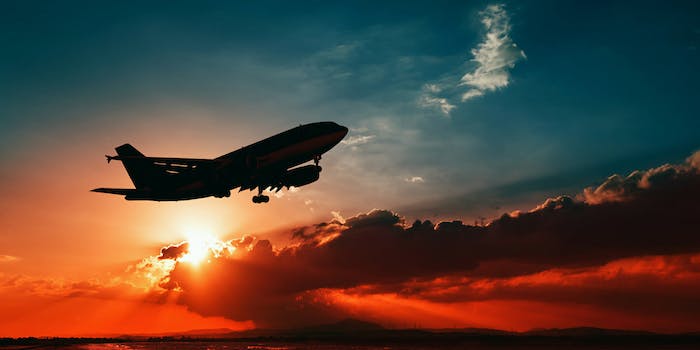 'Plane Bae' wants you to leave her alone.

The anonymous woman known as one half of “Plane Bae” who unknowingly became an online sensation while sitting next to a stranger on a flight has issued her first official statement on the experience, dubbing it a “digital-age cautionary tale about privacy, identity, ethics and consent.”

Sent to Business Insider by the woman’s lawyer, the statement has asked for the internet to respect her privacy after a woman sitting behind her on the flight live-tweeted her behavior and conversations with the man she sat next to. The woman said that after Rosey Blair, the woman sitting behind her, documented her entire flight as a romantic “meet cute” story, she’s been “doxxed, shamed, insulted and harassed,” calling the romance speculation and the information surrounding it “patently false.”

Business Insider reported it verified that the statement is from the woman in Blair’s tweets and has not published her name for privacy reasons.

“Voyeurs have come looking for me online and in the real world,” she stated, showing that the harassment went from online to in-person.

In her tweets, Blair had explained that she asked the woman to switch seats with her since she was sitting one row in front of her boyfriend. The woman instead took the seat in the earlier row and began talking it up with her new seatmate. Blair then live-tweeted the interactions between the two strangers and photographed their arms touching, as well as their faces, sharing everything from the content of their conversation to the bathroom breaks the two took at the same time.

The man involved in the Twitter story, former professional soccer player Euan Holden, reaped benefits from the attention, revealing himself and making a Today show appearance. Meanwhile, the woman involved deleted her Instagram account after strangers found her page and circulated her photos, showing how double standards affect even the “cutest” of fictional tales.

While online spectators found the interaction to be cute at first (including this publication), others found it invasive and voyeuristic, being that the people involved in “Plane Bae” had no earthly idea their interactions were being posted on social media for the world to see.

Blair, who originally resisted addressing the Twitter thread that garnered thousands of followers and significant internet attention, apologized earlier this week for “taking what should have been a small mundane moment of cheeriness and turning it into something foul and over-amplified.” She also deleted the viral Twitter thread, stating that “the last thing I want to do is remove agency and autonomy from another woman.”

Holden has also posted a video reflecting on the “Plane Bae” phenomenon, stating that everyone has a right to privacy and for people to respect that right. However, he said ultimately the message was to “continue to share the happiness, the excitement that was out there.”

Read the woman’s official statement in its entirety below:

I am a young professional woman. On July 2, I took a commercial flight from New York to Dallas. Without my knowledge or consent, other passengers photographed me and recorded my conversation with a seatmate. They posted images and recordings to social media, and speculated unfairly about my private conduct.

Since then, my personal information has been widely distributed online. Strangers publicly discussed my private life based on patently false information. I have been doxxed, shamed, insulted and harassed. Voyeurs have come looking for me online and in the real world.

I did not ask for and do not seek attention. #PlaneBae is not a romance – it is a digital-age cautionary tale about privacy, identity, ethics and consent.

Please continue to respect my privacy, and my desire to remain anonymous.