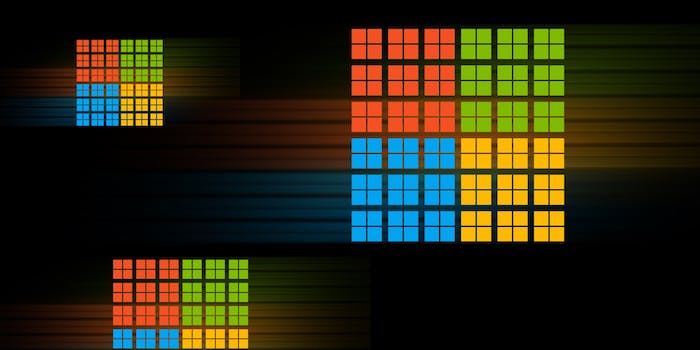 Windows isn’t sexy, but it matters

Windows still owns the market—and there's a reason why.

The technology press loves to hate Windows. Really, we love to hate almost all things Microsoft, with exceptions here and there for stuff like the Xbox. Only a small handful of legacy industry writers cover Windows with anything more than feigned interest. All of which is to say: Windows is boring, and we (we being “the tech press”) don’t like writing about it. We also don’t like using it and find it wholly appropriate to vocalize those feelings. But there’s more going on here. At its most benign, the media’s disconnect from the reality of the average consumer is elitism that distorts the story. At its worst, it’s blatant classism.

As ZDNet’s Ed Bott wrote six months after the launch of Windows 8:

The conventional wisdom is that Microsoft is flailing and Apple is a productivity machine. Apple’s products are uniformly loved and Microsoft’s are unable to get any traction. Apple’s cool, Microsoft’s not.

Relax. Calm down. Don’t worry. You can only get Windows 10 if you have direct contact with a Windows machine. 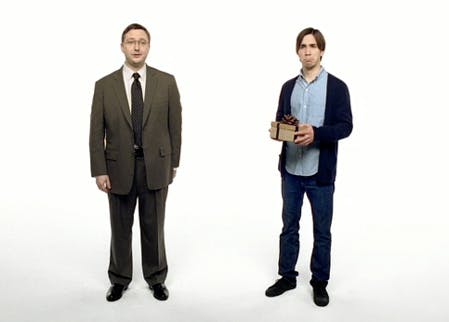 
Windows owns 91.5 percent of the desktop computing market. Of course, a big chunk of that number is the massive enterprise market that Microsoft commands (and Apple is now eyeing). But, for better or worse, a huge swath of average consumers are running Windows too. Yet the Uber-hailing, Mac-toting startup scene and members of the press in its direct orbit controls the dialogue. And when it comes to Microsoft, that dialogue continues to underserve its audience.

“Well windows ten makes me want to switch back from mac. I made a bad choice when I bought a mac” -no one, ever.

Nearly everyone I know in the tech industry who isn’t directly employed by Microsoft uses a Mac. That’s journalists, designers, investors, and developers alike. For the “enlightened,” there’s just no reason to use anything other than a Mac… right? Because I can afford one—having afforded one in the past—I know that Apple makes reliable machines running reliable if dumbed-down software capable of staying relevant for years. The extra price up front can pay for itself in short order. Not everyone knows that, believes that, or can afford to try out a Mac to begin with. That’s why when we talk about the kind of phones and computers we use and believe in, we’re talking about class too.

Apple’s lowest end notebook computer, a Mac mini, starts at $599 sans monitor. Apple’s cheapest notebook, the 11-inch Macbook Air, starts at $899—and that price has come down considerably in recent years. Meanwhile, Windows machines are shockingly cheap. An 11-inch Windows notebook with 4GB of RAM and a 500GB of internal storage and a snappy, responsive touchscreen runs $250. Meanwhile, Chromebooks running Google’s Chrome browser-based operating cost around $230 and up. The average consumer ambling into a retail store is going to gravitate toward familiar and affordable rather than the premium glow of the Mac lineup, even if they sprung for an iPhone on their last carrier subsidy cycle. And that’s OK.

@yehiaabdelm I don’t think Mac so much. Many people buy Windows because its cheaper than Mac. Not because they prefer.

The endlessly stupid war raging between Android and iPhone acolytes is matched in its pointlessness only by the blind elitism of the Mac crowd. Yes, we—and I’m including myself—own and like Macs. In fact, I’m writing this on a 2014 MacBook Pro that I upgraded from a 2011 MacBook Air that I upgraded from a 2008 unibody aluminum MacBook. I can’t imagine using a Windows notebook or desktop as my primary computer, or for anything other than knowing about Windows for the sake of deepening my professional knowledge base. The problem is the condescending way that the hipper, self-ordained superior portion of any technology fandom regards people not in the know. What anyone gets out of that remains a mystery to me, much like trolling and plenty of other unsavory tech phenomena. Apple has revolutionized consumer technology more than once, but Macs remain premium products—and not everyone can afford one or the status that comes with it.

Like the “I’m a PC” ads that arguably started it all, Windows machines (like some Android devices) might be less slick and a bit awkward, they might be wearing a brown suit… but they’re also what plenty of hardworking folks can afford. Beyond the tech culture bubble, there’s a whole world of traditionally employed consumers deciding how to divvy up their paycheck, and a few hundred dollars can make a huge difference. We feel like “system shaming” is OK because it’s a degree or two removed from a direct conversation about class, which is only half a degree removed from one about race—and the industry has a long path ahead on the road to progress there. That’s a dangerous kind of mental metonymy in tech’s already troubled elitist culture bubble. So let’s stop being jerks about it.

Illustration by Jason Reed, Chart via NetMarketShare, Screengrab via GangstaGrillz/YouTube