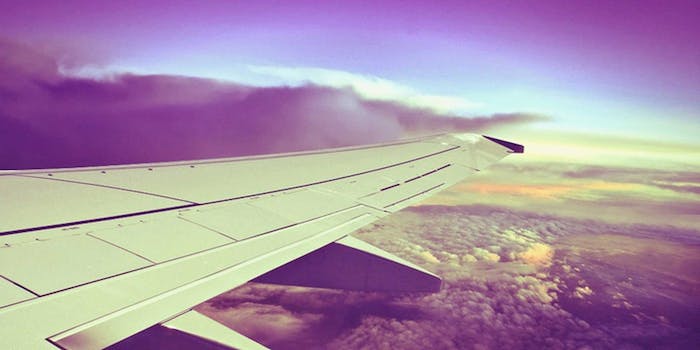 Introducing Airpooler, the ‘Lyft for Airplanes’ service you’ll never use

“We’re confident that what we’re doing is legitimate." Oops, the rest of the world isn't!

TechCrunch is a site entrenched in Silicon Valley and startups. I’ve written at length about how it rides the line between news outlet and PR agency: It extensively covers every launch, and I feel it refrains from criticism when criticism is merited. Case in point, this nonsense about Airpooler: “Lyft For Private Planes.”

Here’s how Airpooler works: A pilot plugs in his or her flight—where they’re going, how many seats there are, and how much it costs—and travelers sign on to pay their share of the trip.

Constine describes the startup as having been “bootstrapped,” because how else would you describe a business founded by someone who holds a Ph.D. from MIT and earlier in life founded a company that was acquired by Google (as Constine himself points out!)?

Lewis and Airpooler face several significant challenges, Constine points out, including but not limited to the fact that this is an insane idea and why would you get in a plane with some person you don’t know. (The article answers this question for us, because that is how rhetoric works: “Because the alternatives, namely driving and commercial air travel, can be a nightmare.”)

“This is a ‘use at your own risk’ startup,” the article notes, which deserves an award for understatement of the century.

“AirPooler could open up private air travel to a wider income bracket,” he concludes. Yes, I suppose it “could.” But given the fact that a similar startup, Blackjet, charges thousands of dollars for tickets on top of $2,500/year membership dues, this seems unlikely. But still. It could happen. Lots of things could happen.

The whole thing comes to an appropriately out-of-touch climax:

As more of our formerly prized possessions like albums and photos get digitized, society is putting a higher and higher value on experiences. What startup can offer you something as memorable as sitting shotgun in a propeller plane as you zoom over highway traffic towards your getaway destination?

Let’s read that first sentence again, just for masochism’s sake: “As more of our formerly prized possessions like albums and photos get digitized, society is putting a higher and higher value on experiences.”

There are some obvious questions here, like who gets to have those experiences? What “society” are we talking about?

And perhaps, the biggest question that summarizes why this idea and the article promoting it are ridiculous: What is the connection, exactly, between Facebook photo albums and being rich enough to avoid sitting in traffic by taking a private plane?

But anyway, that’s Airpooler. A thing that the world doesn’t need and 99 percent of it could never use!