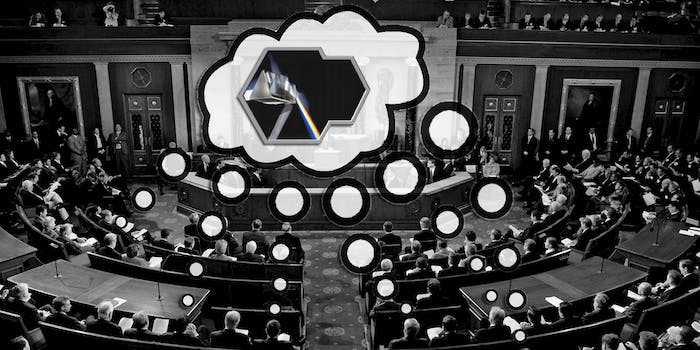 Who voted for FISA, the bill that made PRISM possible?

The Foreign Intelligence Surveillance Act laid the groundwork for the NSA's current surveillance operations. These are the lawmakers who made it possible.

We still don’t know a lot of details about the program; all the explicit details come from five slides leaked to and published by the Guardian and the Washington Post. (They’ve not released the 36 other slides in their possession, citing national security concerns). Until then, PRISM was kept entirely secret from the public. But the law that allowed it was not. It just didn’t get a lot of attention.

Both President Obama and Director of National Intelligence James Clapper have stated that PRISM relies on the Foreign Intelligence Surveillance Act (FISA). Created in 1978 and renewed every five years or so, FISA allows government agencies to track foreign communications with a secret court order. No warrant is necessary.

In 2008, Congress passed amendments to FISA that prevent those secret courts from even demanding probable cause for a surveillance request. The American Civil Liberties Union wrote at the time that the law “places no meaningful limits on the government’s retention and dissemination of information relating to U.S. citizens and residents.”

In late 2012, despite the outcry of digital privacy and Fourth Amendment advocates, a bill to renew FISA for yet another five years passed the House of Representatives in September and the Senate in December. It was signed by President Obama on the evening of December 31, a Sunday.

The following are the members of Congress who voted to extend FISA, and by extension, enabled the PRISM program: