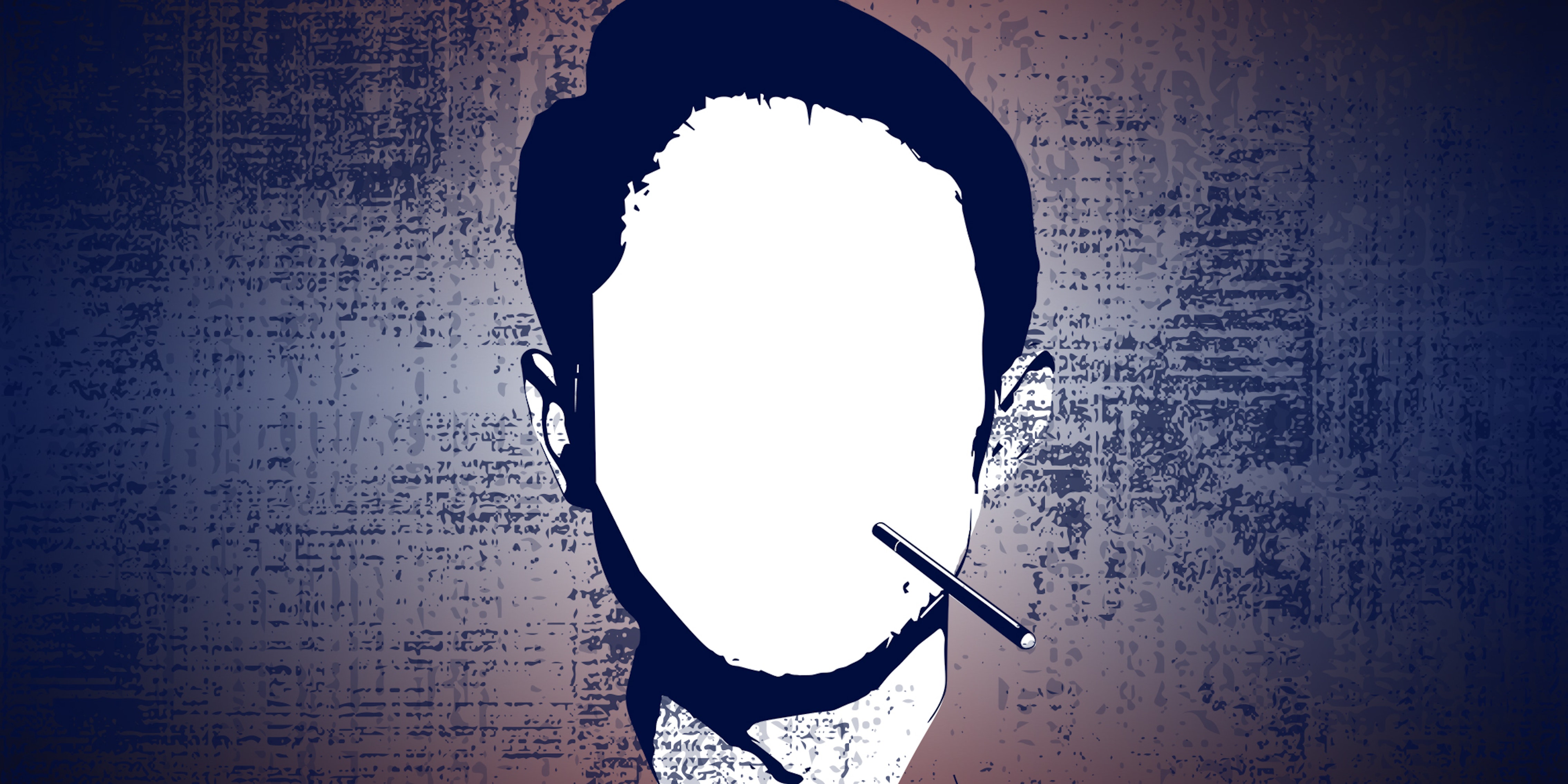 Who Is Q? Four years of tips sent to our inboxes

People have sent of plenty of theories.

One of the best aspects of being in journalism—despite the perception that everyone hates you—is that people really do want to tell you shit. You get tips to stories years before they ever end up in the public consciousness. Even if you aren’t the one to successfully report it out, it’s still fun to be in the know.

Because we cover QAnon so frequently, my and my reporters’ inboxes have been inundated since 2018 with emails and DMs about who “Q” really is.

Many, many people have reached out to tell us they know the biggest secret in modern American politics.  Everyone seems to think they know who made the first-ever 4chan post that birthed the biggest conspiratorial movement of the 21st century.

We thought we’d share some of the tips we’ve received. Here are all the people we’ve been told are Q.

For the longest time, people hit us up to tell us that former President Donald Trump’s social media guru was the force behind Q. Something about a Q drop matching up with a photo Scavino posted from Air Force One. “The evidence was right there!!” they said.

I decided to email him one day and ask. Subject Line: Q

David Covucci with the Daily Dot here. We cover the intersection of internet and politics. With the QAnon stuff in the news today, I was wondering if you’d be up for chatting a bit about it. I know people speculate it might be you.

Let me know, I’d love to know what your thoughts are on it.

I also sent emails to Kellyanne Conway and Stephen Miller, as people speculated they too might be the infamous “Q.” None of them responded. What did they know?

2) A bunch of CIA-connected LARPers

Why would the CIA be in bed with guys playing live action role-playing games? Well, because #not-all-LARPers are dressing up in foam armor and swinging dummy swords at your local park. Some write puzzles online. Cool!

I was once contacted by someone named Thomas Schoenberger who promised me the truth about QAnon. His email was… well…

I showed you Z

Lilly is Turkey and Jacob’s children is Turkey

His premise was that he used letters of the alphabet to make predictions online sort of like… QAnon. And that he claimed to be secretly CIA, too. We talked on the phone for like an hour, and man did he not make any sense, but I turned it into a halfway decent blog.

Weird as that conversation was, there are still connections there that I still think are unresolved. The people in his group appeared to be some of the first people to tweet about QAnon.

Still, a lot of other reporters will tell you they are full-of-shit hucksters.

Schoenberger later called one of our reporters to tell us that Will Sommer, a reporter covering the far-right for the Daily Beast, was actually QAnon. Will, are you Q? You should disclose that kind of information if you write about it.

Pieczenik was an InfoWars-adjacent personality whose background, once you look into it, gets weirder and weirder. Like, he was possibly involved in the death of the Italian prime minister while working at the State Department. That’s some fucked up shit!

We were sent his old YouTube channel, and a lot of his videos prior to the first “Q drop” used the same language that later became a staple of Q.

If that isn’t enough, a few reporters early on called the QAnon poster someone with a style reminiscent of a Tom Clancy thriller. Only one person on this list happened to co-author features for Tom Clancy: Steve Pieczenik. Wild!

Both the State Department and the National Archives ignored my Freedom of Information Act (FOIA) request for his personnel file. Hmmmm?

Everyone gives the podcast Reply All credit for breaking this story wide open, but all their reporting was based on an article the Daily Dot wrote when we were tipped off about some clues that revealed the Watkins’ ties to QAnon.

That podcast later exploded in flames when it turned out its frontman was anti-union and quasi-racist.

What I’m saying is: You should credit the Daily Dot more often.

Steele is some guy in the CIA. Because of those ties, and because three-name names somehow seem to carry more gravitas, lots of people have told us to look into him.

We never really did. Whoops.

In May 2018, I spent two weeks in China visiting my sister and never bothered to read any emails I got while I was there.

While looking up stuff for this story, I came across this email. Subject line: “I know who qanon is, proven, with evidence.”

I know who qanon is, For a fact with evidence It needs reported

My 2nd to last video on unirock states who it is My twitter has all the evidence @UNIRocktv Please please consider it Im not joking, im dead serious I did a 5 month long investigation into this And in the last 3 weeks proved it all

I went to Unirock TV’s Twitter page. It links to a YouTube video. Unfortunately, the one link that reveals all has been taken down by the site.

For those wondering, I think it was mainly the Watkins making the actual QAnon posts.

But early on, I think the QAnon movement got co-opted by some-quasi government adjacent people and less than savory right-wing media influencers who found the conspiracies useful to help prop up support for Trump. So they pushed the conspiracy using an army of sock puppets and bots, then whoops: Now a shirtless man in a Viking hat is atop the Senate dais, and Congress no longer is in charge of the country.