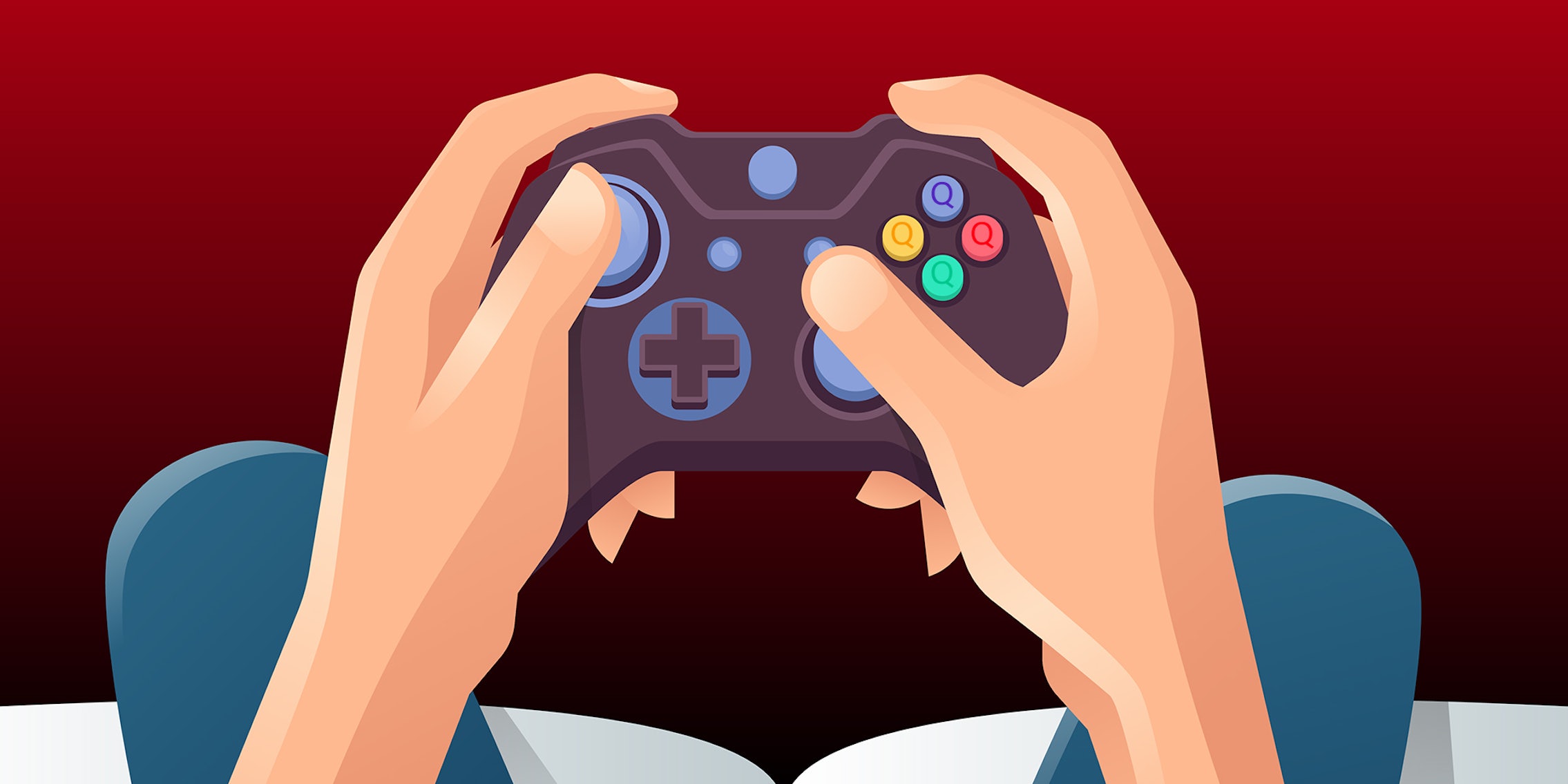 Trolls perfected the playbook. QAnon took it to the next level.

QAnon exploded into the international consciousness on Jan. 6. Images and video of rioters ransacking the Capitol—many bearing the conspiracy theory’s various insignia—were seared into the country’s collective memory. As the mob descended on Congress, a noose swayed outside in the breeze from gallows rioters erected to publicly execute lawmakers.

Most trace QAnon’s origins to the first so-called “Q drop” on 4chan. But the infrastructure that forms its backbone existed long before that first anonymous post was made on Oct. 28, 2017.

QAnon is the real-world incarnation of online troll culture, a Frankenstein monster made of the rage, shitposts, and bigotry that infest anonymous message boards in the back alleys of the web. But it isn’t the first beast to spring from those dark passages. Years before it birthed QAnon, message board troll culture gave rise to Gamergate.

QAnon is Gamergate metastasized, where a minority of aggrieved individuals banded together to have outsized influence. It’s all with the goal of making the world better for them, and a less hospitable place for literally everyone else.

Gamergate refers to a prolonged campaign of doxing, threats, trolling, and conspiracy theories about female video game developers and others who advocated for more and better representation of women in gaming. At the height of Gamergate in 2014, Kyle Wagner of Deadspin predicted that it was the future of the culture wars.

And QAnon just might be the future of American politics: outlandish and insouciant while also savagely tribal and completely vindictive.

While Gamergate was really just a small cohort of internet denizens—who claimed they were policing ethics in gaming but were terrorizing and falsely maligning their targets—its influence reached well beyond the information superhighway where it was born.

“It’s a fascinating glimpse of the future of grievance politics as they will be carried out by people who grew up online,” Wagner wrote.

QAnon draws on the same emotions and gathers strength from the same message boards. Gamergate had real-world consequences. Women feared for their lives under a barrage of death threats and the specter of having SWAT teams sent to their doors. In QAnon, the aims are even higher. Actual lawmakers hid inside Congress, afraid of an aggrieved mob ready to kill, who demanded the world be reverted to the way it once was.

QAnon is a conspiracy theory that the world is secretly run by a bloodthirsty cabal of child rapists who worship Satan; they believe former President Donald Trump was trying to take the cabal down. It has an underlying ethos that although obfuscated by conspiracies, is on display for everyone to see: QAnon is built around deep-seated prejudices, an atavistic desire as the world shifts around them. Those who stormed the Capitol weren’t a multicultural mélange, it was angry, middle-aged, white men, the apotheosis of the young, largely white kids that made up the mobs of Gamergate.

QAnon tapped into a broader range of the same simmering cauldrons of anger over being usurped that led to a group of men throwing massive fits about women in gaming. This is why you see veins of antisemitism, racism, homophobia, nationalism, Islamophobia, and misogyny running through the conspiracy theory. It was never about Hillary Clinton’s imminent arrest, just like Gamergate had nothing to do with journalism.

Each movement, in its inception, tapped into the collective force of the army of trolls who frequent anonymous message boards. Their tactics are an outgrowth of an online subculture where no prejudice is too shocking, no attack too vicious, no accusation too egregious.  In the three years they were active, the self-proclaimed government insider who called themselves Q posted nearly 5,000 times on what is now 8kun. Their posts are full of wild predictions, open-ended questions, and vague hints about an upcoming “Storm,” “the plan,” and a “Great Awakening.”

To nonbelievers and the uninitiated, it’s mostly gibberish. However nonsensical and meandering the 5,000 “Q drops” are piecemeal, their overall thrust is consistent: Take the power back. Part of QAnon’s allure, as it grew, was its grandiose casting of believers as a righteous army fighting an insidious evil. And what would be more evil than Satanic, pedophile cannibals?

Like Gamergate, QAnon is toxic and alluring because it cloths trolls and conspiracy theorists in the armor of righteousness. Their chosen enemies’ faults are an absolute evil that needs to be excised. Nothing else matters when that’s the ultimate goal.

What Gamergate showed the world—especially the online world—is that if you are loud enough and angry enough, entire corporations will simper under your threats. Could you take that attitude and thrust it up against the government, who you no longer trust, who you think is out to ruin your life, who you believe is actually the most malevolent force in society?

QAnon said yes. And it still says yes. The anger that inspired Jan. 6 isn’t going away. While Gamergate was confined to the web, QAnon has crawled out of the screen. The Capitol riot demonstrated that QAnon no longer needs the internet to thrive, nor are its followers content to anticipate mass arrests and executions from behind a glowing screen. They want action and they want it now.

Now that they’ve escaped the ethernet, there’s no going back.