Facebook Messenger vs. Snapchat: Which is the better way to connect with friends?

It's a battle for your connections.

The battle of two major messaging apps continues this month as both Facebook Messenger and Snapchat roll out new features to win over fans.

Snapchat’s new 3D emoji video feature is sure to spawn a new generation of cat videos, and users can now order flowers or shop for shoes on Facebook Messenger, the app will now allow businesses to use chatbots to interact with consumers. You can also connect with a doctor through Facebook Messenger with Health Tap, a new telemedicine startup or get weather advice from Poncho.

Bigger changes for Facebook Messenger are likely in the pipeline. Facebook CEO Mark Zuckerberg said Tuesday that standalone messaging app was the fastest growing U.S. app in 2015, with a total of 900 million monthly active users. Meanwhile, Snapchat remains the fastest growing social network in the world and has become the preferred app among teens over Instagram.

We took a closer look at both messaging apps in order to find out:

Both messaging apps allow you to make free video and voice calls to your friends using Wi-fi or a cellular signal. Snapchat has had video chat since May 2014; Facebook Messenger announced video-calling capability less than a year later. Both Snapchat and Facebook’s video calls are restricted to your friends on either social network. As far as basic functionality goes, both apps get the job done. 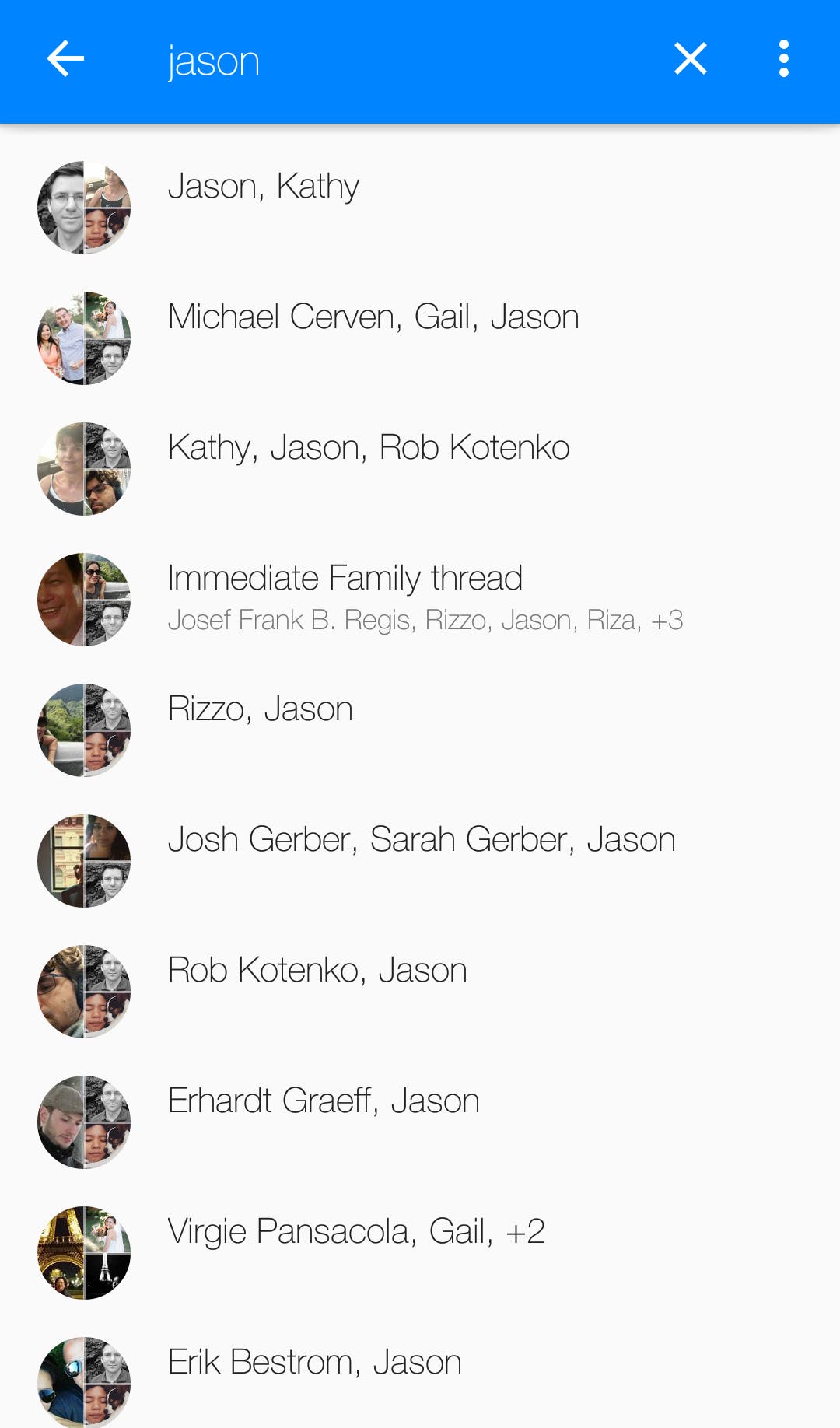 When it comes to your Sunday chat with your parents or regular calls to your bridesmaids or siblings, Facebook Messenger wins hands down. This is mostly due to its ability to organize messages into group threads.

Juggling multiple conversations on any messaging app can become tedious and confusing. Facebook Messenger makes it easier to access those group chats by pinning them, which pushes their icon to the top of the queue. Snapchat, on the other hand, doesn’t have any easy way to manage chats with larger groups, making Messenger the easy go-to recommendation for larger chats.

Snapchat rolled out a new slew of features for its video call function last month, which it deemed “Chat 2.0”. These include more than 200 different stickers and the ability to record short audio or video notes. You can also add multiple people to a call now on Snapchat.

“Today, we’re excited to introduce Chat 2.0. You can start by sending a few chats, and when your friend shows up, start talking or video chatting instantly with one tap. Your friend can simply listen if you want to sing them a song, or watch if you have a new puppy to show them. If they aren’t there, you can quickly send an audio note to say what you mean. And sometimes, a sticker says it best :)”

Facebook Messenger already has stickers, and its selection keeps on growing. Searchable GIFs are also available on Facebook, which is a big plus.

Fun is Snapchat’s overarching theme, with selfie lenses and an emphasis on emoji and humor. If you want to laugh while chatting, Snapchat beats Messenger handily. This advantage also extends to multi-tasking, where you can send images and 10-second audio and video snippets during a video call, and the media integrates seamlessly within the chat itself.  If you send an image during a video call on Snapchat, for example, it appears as overlay in the chat window.

If you need to spice up a dull conversation, Snapchat is the way to go.

Can you snapcash me 10 grand real quick

Connecting with friends over dinner or drinks often ends in a digital method to split the bill. Both Snapchat and Facebook allow you to send money to your friends. Snapchat has a feature called Snapcash which it launched in partnership with Square.

To send money through Snapcash or Facebook, you simply link your debit card on the app. But as PocketLint points out, sending money on Facebook Messenger–depending on the bank–may not hit your friend’s bank account until three business days later. Transactions on Snapchat, other hand, are almost instantaneous.

Snapcash has a weekly spending limit of $250, Facebook limits up to $500 for new users, so take that into account if you’re regularly exchanging large chunks of change.

If all you need to do is chat with a friend, both Snapchat and Messenger are going to be just fine. However, if you’re making plans with larger groups or need to archive long conversations for later reference, Messenger should be your app of choice. On the flip side, Snapchat can make your one-on-one chats a whole lot more interesting with endless options to goof around and even split your restaurant tab.