The Libertarian candidate says, 'I blanked.'

In an election year when Donald Trump can say damn near anything, a single flub has damaged the insurgent campaign of Gary Johnson.

During an interview on Wednesday morning with MSNBC’s Morning Joe, host Mike Barnicle asked the Libertarian presidential candidate about Aleppo, the Syrian city that has suffered unfathomable destruction as a result of the country’s ongoing civil war. Johnson’s response: “And what is Aleppo?”

BARNICLE: What would you do, if you were elected, about Aleppo?

JOHNSON: And what is Aleppo?

BARNICLE: Aleppo is in Syria. It’s the—it’s the epicenter of the refugee crisis.

JOHNSON: Well, with regard to Syria, I do think that it’s a mess. I think that the only way that we deal with Syria is to join hands with Russia to diplomatically bring that at an end. But when we’ve aligned ourselves with—when we’ve supported the opposition of the Free Syrian Army—the Free Syrian Army is also coupled with the Islamists.

And then the fact that we’re also supporting the Kurds and this is—it’s just—it’s just a mess. And that this is the result of regime change that we end up supporting. And, inevitably, these regime changes have led a less-safe world.

.@mikebarnicle: What would you do, if you were elected, about Aleppo? @GovGaryJohnson: And what is Aleppo? https://t.co/ZbqO5RAEsk

“So, Aleppo is the center of a lot of people’s concerns across the planet about the terrible humanitarian crisis that’s unfolding not only in Syria but, especially, in Aleppo,” Scarborough said. “You asked, ‘What is Aleppo?’ Do you really think that foreign policy is so insignificant that somebody running for president of the United States shouldn’t even know what Aleppo is, where Aleppo is, why Aleppo is so important?”

Johnson insisted, “I do understand Aleppo, and I—I understand the crisis that is going on,” while adding that U.S. military intervention in the humanitarian crisis happening in Syria would have “unintended consequence of making things worse.”

In case you’re wondering, like Johnson was, where Aleppo is, here’s a map: 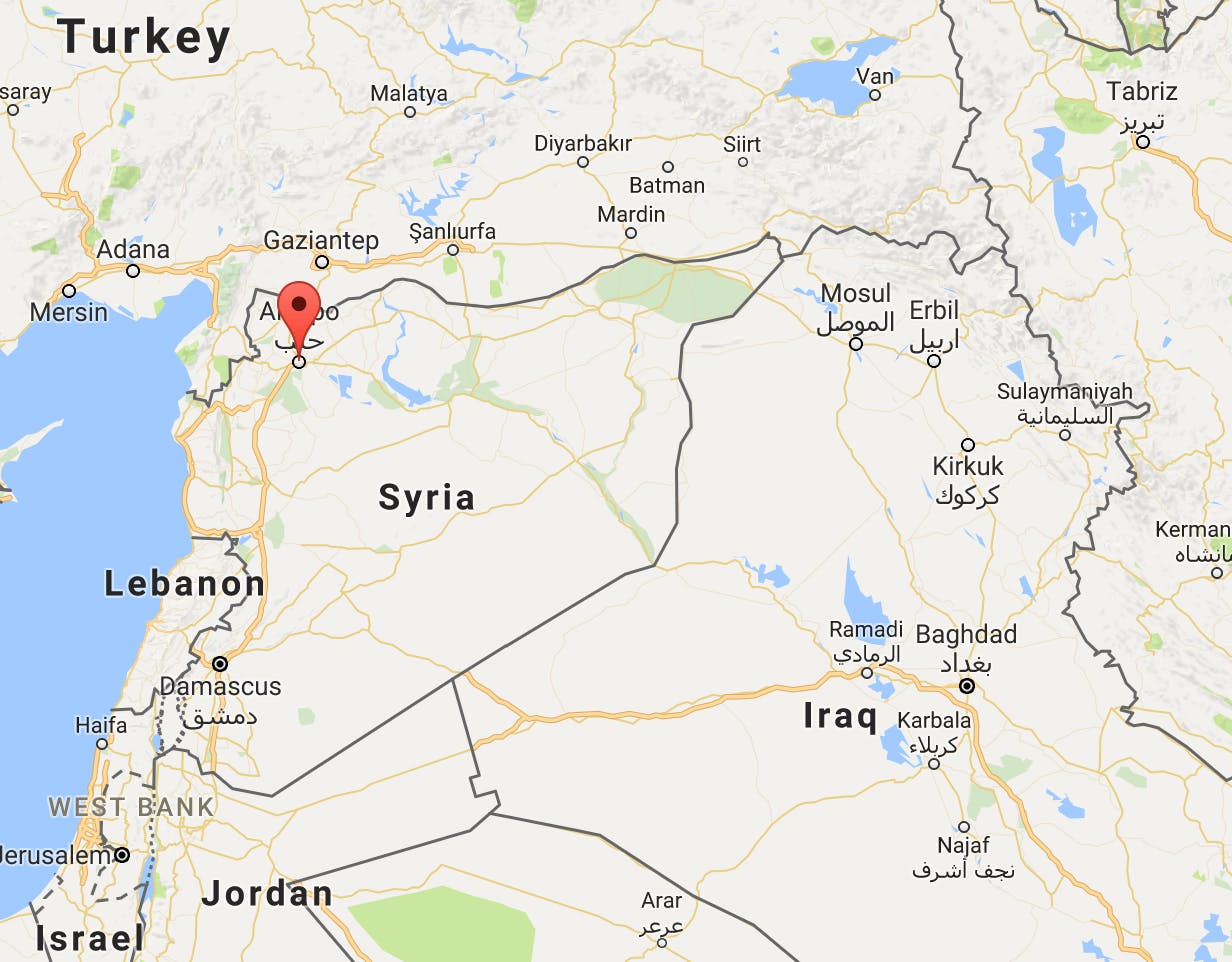 The exchange quickly began trending on Twitter and Facebook. BuzzFeed jumped in the game by quizzing readers on their geographic knowledge of Syria.

In a statement to Politico, Johnson said that he simply “blanked” when asked about Aleppo.

“This morning, I began my day by setting aside any doubt that I’m human. Yes, I understand the dynamics of the Syrian conflict—I talk about them every day,” Johnson said “But hit with ‘What about Aleppo?’ I immediately was thinking about an acronym, not the Syrian conflict. I blanked. It happens, and it will happen again during the course of this campaign.

“Can I name every city in Syria? No. Should I have identified Aleppo? Yes. Do I understand its significance? Yes.”

Regardless of the Aleppo gaffe, Johnson remains far behind Trump, the Republican nominee, and Democrat Hillary Clinton in the polls, with an average of about 9 percent support. So, Johnson’s chances at winning the White House this election cycle remain slim. But hey, at least he’s not tied with Harambe.