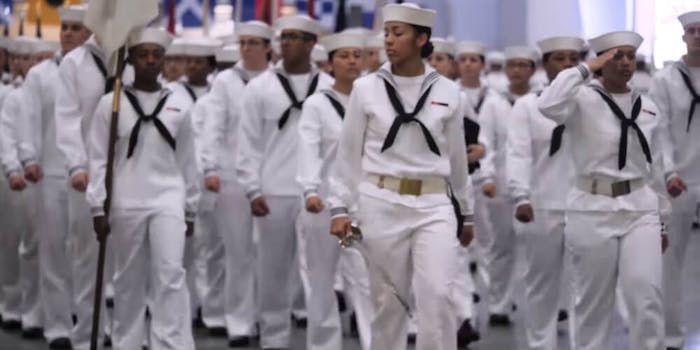 The Navy says using the app on government-issued phones presents a 'cybersecurity risk.'

The U.S. Navy banned its personnel from having the popular TikTok app on any government-issued phone.

The announcement, which was circulated among military members on Facebook, cites concerns over cybersecurity given TikTok’s connection to China.

The short video app, which surpassed 1 billion active monthly users this year, is owned by Beijing-based company ByteDance. The app was recently accused in a class-action lawsuit of secretly sending the data of U.S. users to China.

While the Navy did not reveal specifics on the app’s alleged dangers, users who have the TikTok app on their government phone will be barred from accessing the Navy Marine Corps Intranet.

Pentagon spokesman Lieutenant Colonel Uriah Orland has stated that the decree was made in order to “address existing and emerging threats.”

But the Navy is not the first branch of the military to issue a warning about the app. The Army began an investigation into the app in November after Sen. Chuck Schumer (D-N.Y.) raised questions over TikTok’s handling of user data.

The app was also fined $5.7 million by the Federal Trade Commission (FTC) in February for allegedly gathering data on kids in violation of the law.

Despite claims from TikTok that it is independent of the Chinese government, the app has also come under fire for reportedly censoring videos discussing the ongoing protests in Hong Kong and China’s internment camps for Muslim minorities.

TikTok has repeatedly claimed that its data centers are “located entirely outside of China” and that all U.S. user data is stored stateside.