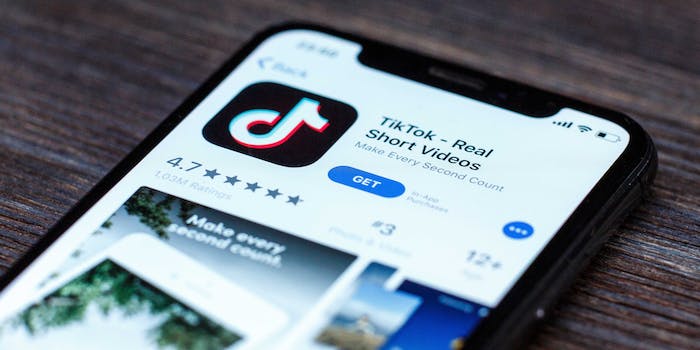 The U.S. Army is reevaluating its use of TikTok after security concerns

This isn't the first time the government has raised some concerns about the popular app.

The United States Army is assessing the security of TikTok, the popular app, after concerns were raised by Senate Minority Leader Chuck Schumer (D-N.Y.), according to a new report.

Reuters reports that Army Secretary Ryan McCarthy said on Thursday that Schumer asked him to investigate if there would be security risks if the Army continued used the app in trying to recruit teenagers.

“National security experts have raised concerns about TikTok’s collection and handling of user data, including user content and communications, IP addresses, location-related data, metadata, and other sensitive personal information,” Schumer wrote to McCarthy earlier this month, according to the news outlet.

The Army has been using TikTok since last year.

This isn’t the first time there have been concerns raised about the app and its developer.

Schumer and Sen. Tom Cotton (R-Ark.) wrote a letter to the director of national intelligence in October expressing concerns about national security and the popular app. The two senators said they wanted an investigation into whether TikTok, which is owned by a company that operates out of China, could allow for data of U.S. citizens to get into the hands of the Chinese government.

The Committee on Foreign Investment in the United States (CFIUS) also launched an investigation into Bytedance, the company that owns TikTok, and its acquisition of Musical.ly.

Earlier this month, the company said in a blog post that it stores U.S. user data in the United States with a backup redundancy in Singapore, adding that its data centers are “located entirely outside of China.”

You can read all of Reuters report here.