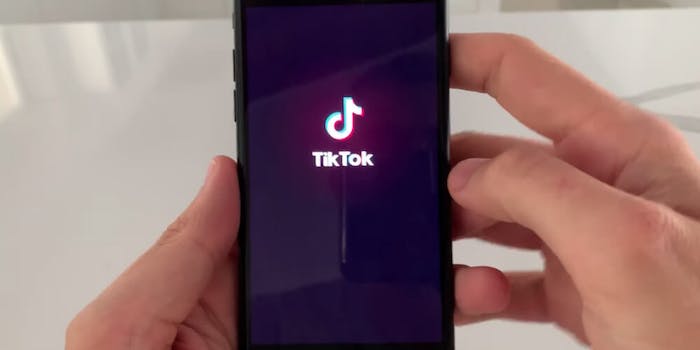 In a bipartisan appeal, they called TikTok a 'potential counterintelligence threat.'

Senate Minority Leader Chuck Schumer (D-N.Y.) and Sen. Tom Cotton (R-Ark.) penned a letter to Joseph Maguire, the acting director of national intelligence, addressing what they say is a threat to national security. TikTok’s parent company ByteDance operates out of Bejing, China. The senators say there should be an investigation into whether the Chinese government has access to the data of U.S. citizens who use TikTok. Additionally, the letter voices concerns about the censorship of content.

“TikTok reportedly censors materials deemed politically sensitive to the Chinese Communist Party, including content related to the recent Hong Kong protests, as well as references to Tiananmen Square, Tibetan and Taiwanese independence, and the treatment of Uighurs,” the letter reads. “The platform is also a potential target of foreign influence campaigns like those carried out during the 2016 election on U.S.-based social media platforms.”

TikTok has been accused of censoring the pro-democracy Hong Kong protests and the 1989 Tiananmen Square massacre. Searches for those subjects on TikTok yield hardly any results, which is eyebrow-raising considering searches on other platforms yield a plethora of results, especially in relation to the tech- and social media-fueled Hong Kong protests. TikTok has also been accused of censoring LGBTQ content.

In addition to potential election-meddling, the senators are concerned that TikTok will not protect its users’ data from the Chinese government.

“Without an independent judiciary to review requests made by the Chinese government for data or other actions, there is no legal mechanism for Chinese companies to appeal if they disagree with a request,” the senators wrote.

TikTok responded to the accusations in a statement, clarifying its data privacy policies.

“We store all TikTok U.S. user data in the United States, with backup redundancy in Singapore,” TikTok said in a statement. “Our data centers are located entirely outside of China, and none of our data is subject to Chinese law.”

Additionally, the platform said it has never been asked by the Chinese government to censor content. But, Schumer and Cotton have a bipartisan belief that China could potentially impact future elections through TikTok.

“TikTok is a potential counterintelligence threat we cannot ignore,” the senators wrote.