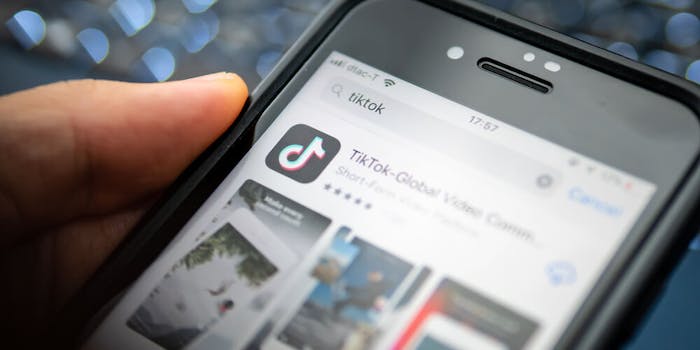 Content created by 'special users' was blocked from the 'for you' page.

Popular social media platform TikTok has admitted to suppressing content creators who moderators feared would be victims of cyberbullying.

German digital rights blog Netzpolitik.org reports that according to internal documents, TikTok instructed moderators to flag videos by creators they felt were especially vulnerable to mockery. This included disabled, LGBTQ, and fat creators.

These “special users” were “susceptible to harassment or cyberbullying based on their physical or mental condition” a spokesperson from TikTok told Netzpolitik. These users were assigned a special mark that would prevent their video from being viewed outside of their country of origin and prevent their content from appearing on the “for you” section of the app.

On TikTok, where users create singing, comedy, and prank video, views are everything. According to Netzpolitik, by creating blocks for “special users,” TikTok robbed the users of millions of views.

Even more concerning, according to Netzpolitik, moderators had 30 seconds to determine whether users should be flagged, for example, for having “facial disfigurement,” “autism,” or “Down syndrome.”

In a statement to the Daily Dot, a TikTok spokesperson said the policy was “blunt and temporary.”

“This was never designed to be a long-term solution, but rather a way to help manage a troubling trend until our teams and user-facing controls could keep up,” the spokesperson said. “While the intention was good, the approach was wrong and we have long since changed the earlier policy in favor of more nuanced anti-bullying policies and in-app protections.”